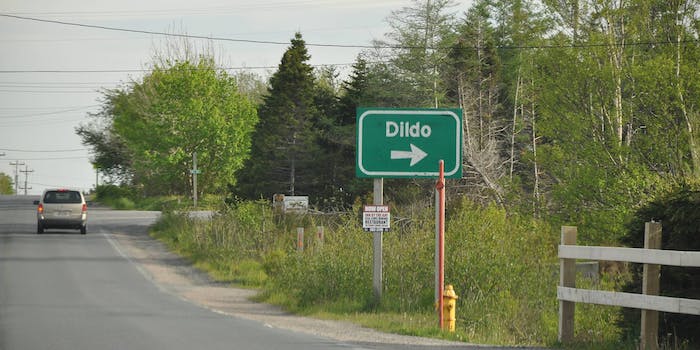 The Grey Lady sure got sophomoric here.

“What in the World” is a New York Times column bringing the more fascinating proclivities, curious trends, and vignettes of place to the masses.

Writers have penned columns about the adorable Hello Kitty construction barriers I nearly ate shit on in Tokyo’s Shinjuku district while also exploring the (literal) speed bumps of Mexico. The series’s latest offering just happens to go in on Dildo—Newfoundland, that is.

Accompanying a fairly straightforward piece regarding the whaling and fishing town’s odd name is the most non-New York Times graphic the paper has ever produced. It’s as if the Gray Lady turned into the prepubescent boy with a potty mouth.

Are you kidding me with the graphic? Oh my! #slownewsday

what in the actual fuck. pic.twitter.com/KktYXlcyjx