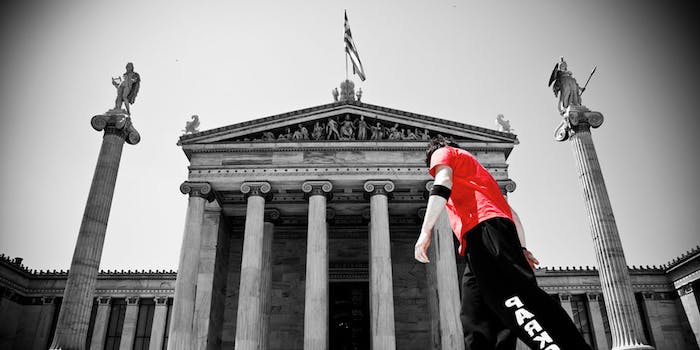 It's a lot shorter and simpler than you might expect. Here's why.

Anonymous recently followed up its recent publication of “leaked” NSA documents with a document purported to be the NSA employee handbook.

It’s a lot shorter and simpler than you might expect. That’s because the document posted to Pastebin a few hours ago and touted on Twitter as a leak straight from the cold, withered heart of the National Security Agency is in fact from 1994, when the Internet as we know it was only a twinkle in Tim Berners-Lee’s eye. Why, that’s four years before the launch of Hampsterdance!

Being so dated, the document doesn’t give away any current secrets. It does offer a secure and nonsecure phone number for every “security-related service.”

We traced it through a large dump of outdated security-related materials on a site that hasn’t been updated since 2010. From there we tracked it down to the alt.security newsgroup and a post from the University of Technology Chemnitz-Zwickau in Germany. A posterity-minded participant from Stanford decided it should be archived for the ages, and here it is still.

During your security indoctrination and throughout your NSA career you will become increasingly aware of the espionage and terrorist threat to the United States. Your vigilance is the best single defense in protecting NSA information, operations, facilities and people. Any information that comes to your attention that suggests to you the existence of, or potential for, espionage or terrorism against the U.S. or its allies must be promptly reported by you to the Office of Security.

There should be no doubt in your mind about the reality of the threats. You are now affiliated with the most sensitive agency in government and are expected to exercise vigilance and common sense to protect NSA against these threats.

Presumably this did once qualify as a leak, right up until, oh, the second update of Mosaic. Now it qualifies more as archaeology. Nonetheless, it’s unlikely the NSA could be any more annoyed with gadfly hacktivists than it is already.