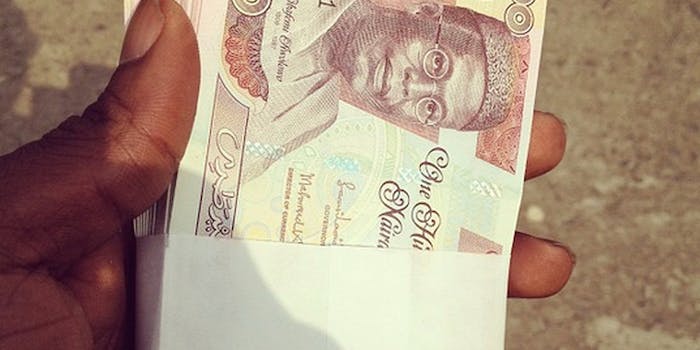 Man arrested for posing as surgeon to scam girls on Facebook

A Nigerian man posing as a surgeon flirted with girls on Facebook, promising to get them hospital jobs. Then he met up with them and stole their money.

A man in Nigeria was arrested and slapped with a hefty fine for defrauding a girl on Facebook.

According to police in the coastal city of Lagos, the suspect posed as a doctor to swindle money from a woman he met on Facebook. He told the victim that he would use the money to obtain a job with the Nigerian Customs Service. Both names were withheld.

The man was fined N200,000 ($1,300) and was freed from court without a conviction. The 36-year-old suspect has a long rap sheet of similar offenses of defrauding young women.

In November, a female student friended him on Facebook after being persuaded to send him money to also get a job with the Nigerian Customs Service.

The victim, Adebiyi Adenike, met up with the suspect and headed to the airport. He claimed his car was broken and asked her to assist in pushing the car. When she got out of the car, the suspect fled, stealing her bank cards.

The suspect ripped off four other women, too. He used similar methods of communicating with them on Facebook first, then meeting up with them in person and claiming his vehicle was malfunctioning and zooming off with their belongings.

While many of the victims lost money, one lost her laptop, mobile phone, an education certificate and her National Youth Service Corps (NYSC) credentials. That was in addition to the N104,000 ($650) she withdrew to give him to get a job.

The suspect will be charged with all prior offenses, as he has since confessed.