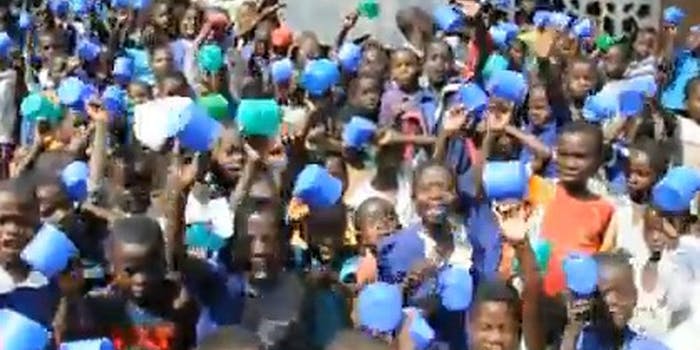 Popular NeverSeconds looks for school lunch stories from around the world

At just 9 years old, Martha Payne has done much to change lunches at her school for the better.

She’s inviting young school students from around the world to guest blog on NeverSeconds, her little blog that could. NeverSeconds has just joined Twitter as well, though Martha’s dad David is handling the tweets for her.

Simply by taking photos of school-provided lunches and blogging her thoughts about them, Scottish primary-school student Martha has pushed her school into serving more nutritious and appetizing meals.

There’s also the little matter of having raised almost £100,000 to build a kitchen (named Friends of NeverSeconds) and provide meals for thousands of school kids in Malawi.

For several weeks, Martha has been inviting her young readers to send in photos of their own lunches along with a review of their meals. She’s now hoping her peers will get much more involved in writing about lunches from their own perspectives, having asked them to get in touch if they’re interested in guest blogging for a week on NeverSeconds.

Meanwhile, David has met with officials from the council governing Martha’s school to discuss how NeverSeconds and the local government can work together.

“I am delighted to have had discussions with Argyll and Bute Council and we will shortly be announcing our future plans for NeverSeconds, and we are confident that even more money will be raised for Mary’s Meals,” David told the Daily Record.

It seemed for a short time that NeverSeconds would have to come to an end when the council said she could no longer take photos of her meals. The council soon relented, and it seems NeverSeconds is going from strength to strength.

If there was ever any doubt about just how influential Martha’s blog has become, check out this short clip of Malawian schoolkids thanking her: