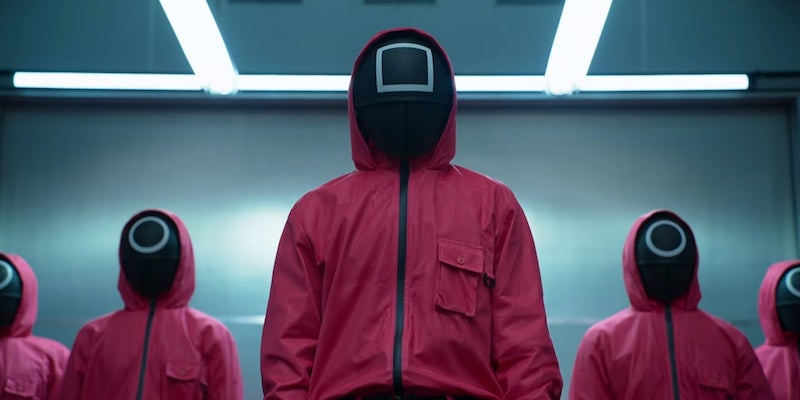 Who decided a real-life ‘Squid Game’ reality show was a good idea?

Despite the glaringly obvious political themes of Squid Game, a lot of people missed the point. This apparently includes some decision-makers at Netflix, because the streaming service just announced a real-life game show based on the series. Yes, the same kind of game show that involved contestants being tortured and killed in the original Squid Game.

Netflix’s reality TV adaptation will involve 456 contestants competing to win $4.56 million. It’s both the biggest cash prize in game show history and the biggest ensemble cast. You can already apply online to be a contestant—specifically recruiting English-speakers, departing Squid Game‘s Korean origins. But while there’s sure to be plenty of applicants, the idea is attracting a predictable amount of criticism. Namely: Why would you want to recreate a contest that’s all about murder, torture, and exploitation?

This isn’t the first time we’ve seen a tone-deaf attempt to capitalize on a dark, dystopian media franchise. However, Squid Game is an unusually egregious example. In the show, the main characters are so desperate for money that they’ll willingly risk their lives and/or kill people to succeed. The game structure is designed to entertain wealthy, sadistic spectators, tormenting poor people for sport. It’s a very obvious allegory for the destructive impact of capitalism.

Another issue highlighted by some commentators is that Squid Game‘s games… just aren’t very interesting. The challenges themselves are pretty simple, with most of the tension coming from the threat of impending death. Without that threat, this Squid Game reality show sounds very similar to countless contests we’ve seen before, just with a bigger pool of contestants.

Thanks to the massive amount of money involved, the backlash against this spinoff also ties into ongoing criticism of Netflix’s financial priorities.

While Netflix promotes an image of supporting marginalized creators, there’s an obvious trend for prioritizing big brands (like Stranger Things and its astronomical budget) while failing to champion smaller projects by minority creators. Still failing to turn a profit, Netflix laid off 150 staffers last month, yet paid millions of dollars to Dave Chappelle amidst a burgeoning transphobia scandal.

This Squid Game reality show follows a recurring Netflix strategy of trying to recreate past successes by launching similar projects. However, this fails to take into account the differing appeal for a Korean-language thriller versus an English-language game show. Plus, of course, the main reason Squid Game succeeded was because it was good. Not because audiences are hungry for game show content. This all makes the upcoming reality spinoff very easy to criticize—particularly when Netflix is advertising it with a multimillion-dollar payout.