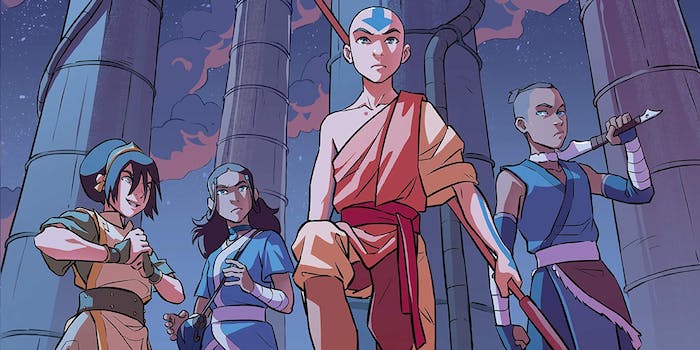 Their comments paint Netflix in a very bad light.

Fans had good reason to be optimistic about Netflix‘s live-action Avatar: The Last Airbender show, an adaptation of the beloved Nickelodeon cartoon. But now the show’s original creators have publicly quit the project, citing creative differences behind the scenes. One described the atmosphere as “a negative and unsupportive environment,” implying that Netflix execs wanted something very different from the respectful collaboration described in the initial announcements.

Avatar: The Last Airbender co-creator Michael Dante DiMartino broke the news on his blog, saying that he and Bryan Konietzko (Avatar‘s other co-creator) were no longer involved in the new series. They were originally hired as executive producers and showrunners, a reassuring arrangement after the infamously unpopular movie by M. Night Shyamalan. “Productions are challenging,” wrote DiMartino, explaining that he was used to handling creative obstacles at work. But apparently after two years with Netflix, he and Konietzko decided it was “time to cut their losses and move on.”

Over on Instagram, Konietzko didn’t mince words. He writes that Netflix “made a very public promise to support our vision. Unfortunately, there was no follow-through on that promise.” He added that while he had a good experience working with some people at Netflix, “the general handling of the project created what I felt was a negative and unsupportive environment.”

Both Konietzko and DiMartino emphasize that they’ve experienced creative conflicts in the past, and have managed to work through them in a collaborative way. Avatar aired for three seasons on Nickelodeon, followed by the four-season sequel Legend of Korra. In the years since Korra went off air, they’ve mostly worked on spinoff books and this Netflix series. The Avatar franchise is essentially their life’s work, so things must have gotten pretty contentious for them to publicly quit the adaptation.

While they don’t go into specifics, this is a decidedly ominous sign for Avatar fans, and very sad news for Konietzko and DiMartino themselves. It was always possible that they might have trouble shifting from animation to live-action work, but it sounds like the problems at Netflix go much deeper than that. In DiMartino’s own words, “whatever version ends up on-screen, it will not be what Bryan and I had envisioned or intended to make.” Yikes.

In a statement, Netflix said, “Although they have chosen to depart the live action project, we are confident in the creative team and their adaptation.”

This story was updated to include a comment from Netflix.