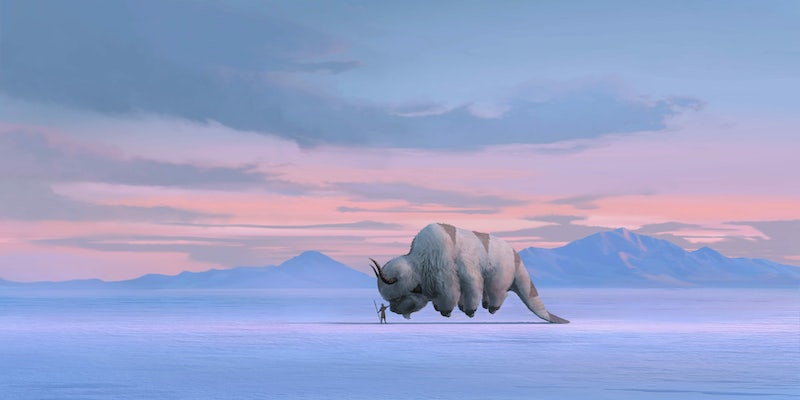 A live-action ‘Avatar: The Last Airbender’ show is coming to Netflix

Avatar: The Last Airbender is returning, this time with a new live-action show.

This news arrived from a rather unusual source: Not a public announcement, but a tweet from the verified Netflix account @SeeWhatsNext. The account shared a piece of concept art showing Aang and Appa, revealing that a “reimagined” Avatar: The Last Airbender adaptation is coming to Netflix.

A reimagined, live-action “Avatar: The Last Airbender” series is coming to Netflix!

The news was soon confirmed by a press release from Netflix. The Last Airbender is making a comeback, and its original creators, Michael Dante DiMartino and Bryan Konietzko, will be in charge. The two showrunners shared a statement about their plans, emphasizing the need for culturally appropriate casting.

“We’re thrilled for the opportunity to helm this live-action adaptation of Avatar: The Last Airbender. We can’t wait to realize Aang’s world as cinematically as we always imagined it to be, and with a culturally appropriate, non-whitewashed cast. It’s a once-in-a-lifetime chance to build upon everyone’s great work on the original animated series and go even deeper into the characters, story, action, and world-building. Netflix is wholly dedicated to manifesting our vision for this retelling, and we’re incredibly grateful to be partnering with them.”

The whitewashing comment is an obvious dig at the infamous Last Airbender movie, adapted by M. Night Shyamalan. While the original show and its sequel, The Legend of Korra, earned critical acclaim and a passionate fan-following, the live-action movie earned abysmal reviews. In particular, people objected to its whitewashed casting choices, coining the term “racebending.”

Netflix’s announcement makes it clear that Konietzko and DiMartino have creative control this time around. The new adaptation will air exclusively on Netflix, with production beginning in 2019. There’s no airdate yet, but early 2020 seems plausible.

This also answers the question of what Konietzko and DiMartino have been doing recently. In the four years since Legend of Korra ended, some of the main writers and directors from the Avatar franchise went on to create the animated shows Voltron: Legendary Defender and The Dragon Prince—also at Netflix. However, Konietzko and DiMartino remained surprisingly quiet. DiMartino published a novel and Konietzko announced a comic book, but neither has worked on another animated show since then. Their return to Avatar is exciting news indeed.