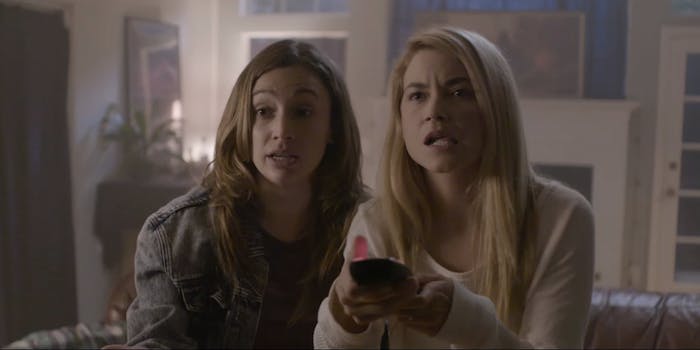 It's a killer good time.

For these six friends, agreeing on something to watch on Netflix is a matter of life and death.

The funny people at Razmig bring us the trailer for Stream, in which a gaggle of friends must pick a movie to screen—or die. They’re picked off one by one while debating whether they should stream Jumanji or one of the service’s many Aziz Ansari specials. The hilarious spoof boasts all your classic horror tropes—like phone calls from the mysterious killer—while depicting the true-to-life struggle of having to let the bro in the room know that nobody wants to watch a movie about sports.

Those who have attempted to compromise on a flick with five other people know the horror is all too real.