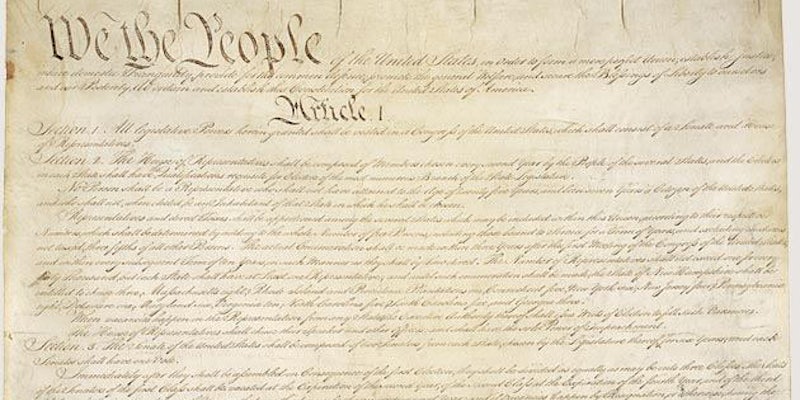 To mark the 225th anniversary of the Constitution’s ratification, National Archives announced the winner of the “Tweet the Preamble” challenge.

Last week, we the people faced the challenge of condensing the Constitution’s Preamble from 52 words to 140 characters for the Twitter age.

“The rules are simple: shorten the Preamble down to as few words (or letters) as possible while retaining the Preamble’s meaning,” the National Archives explained in a blog post last week.

After dozens of entries, the National Archives announced the winner of the “Tweet the Preamble” challenge earlier today to mark the 225th anniversary of the Constitution’s ratification—a day-long event that included putting the fifth page of the Constitution on display for the first time.

Jean Huets, an author who runs the history blog Leaves of Grass from Virginia, was selected as the winner, earning a pocket-sized Constitution with her shortened Preamble:

“#preamble We’re getting together to constitute a nation that’s just, peaceful, strong, prosperous and free. Are you in?”

The National Archives collected some of their favorite entries in the following Storify.

Photo via US National Archives/Facebook