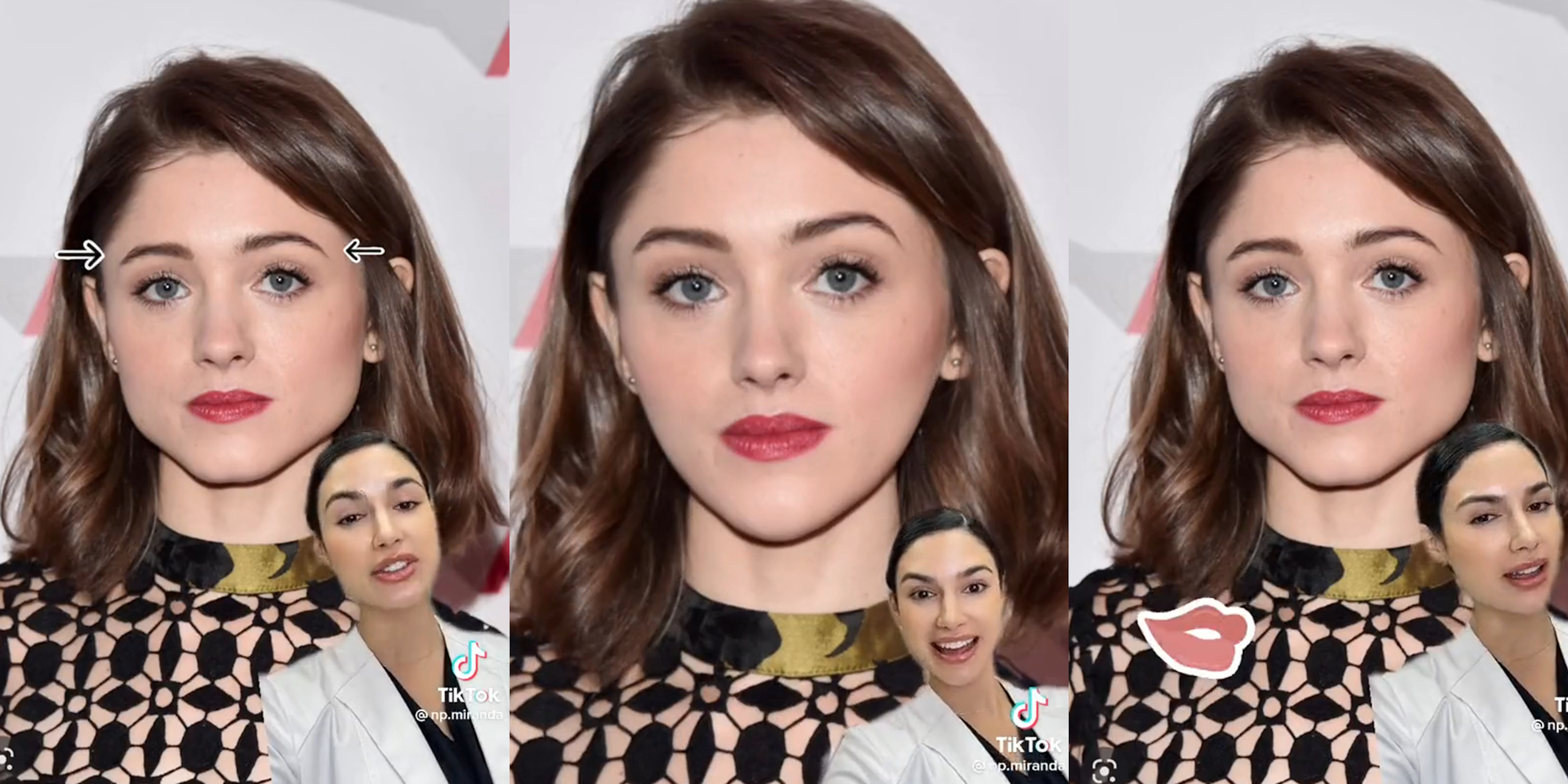 'If someone made a video like this about me I would get violent.'

An advanced injector on TikTok has come under fire after she posted a video detailing the many procedures she’d hypothetically perform on a Stranger Things actor to improve her face.

Miranda Wilson regularly posts about cosmetic surgery procedures and injections she’s given her patients and what they might encounter to her more than 40,000 followers. But in a now-deleted TikTok video, she starts off by praising the performance of Natalia Dyer (who plays Nancy Wheeler) in Stranger Things.

“If I was Natalia’s injector, here’s what I would do,” Wilson said.

She then details several procedures she’d hypothetically perform. This includes treating masseters to “help slim the face” (a favorite of Wilson’s, something she suggests her audience knows), adding chin fillers to change the shape of her face, adding a little bit of lip filler, injecting her with Botox, doing a brow lift “to help open up her eyes,” and injecting Sculptra (a type of collagen filler) for her thin skin.

Wilson topped this explanation off by revealing the result of what this set of hypothetical procedures would look like courtesy of Photoshop. In the “after” photo, Dyer has raised eyebrows, a pointed chin, fuller lips, and a slimmed-down face.

Her video made its way over to Twitter and has been viewed more than 6 million times. And while plenty of people were quick to defend Dyer, they were also horrified at someone who performs cosmetic procedures giving unprompted advice to someone on how to “improve” their face when they might not even be interested in it.

People also commented on the issues surrounding the larger plastic surgery industry and the impossible beauty standards women often face for not fitting into a narrow window of what is deemed acceptable. They also pointed out her similarities to Timothée Chalamet, an actor praised for his looks for many of the things that Wilson zeroed in on to fix.

Update 10:14am July 26: In a new video, Wilson said she wasn’t trying to suggest that Dyer needed plastic surgery. “Im sorry if people [sic] took that as being mean or rude, that was not my intent at all,” she wrote in the caption of the video. After explaining that she used Dyer’s photo as an example to show what someone could do, she used an old photo of herself and walked viewers through the various procedures she had done before showing the after.

“So I just wanted to come on here and basically clear the air,” she said in the video. “I did not mean to offend anyone, including Natalia. I was simply just offering suggestions not on what you have to do, just on what the possibilities are. As an advanced injector, that’s what we do. We look at faces, we assess and look at the possibilities not on what you need to do or what you have to do. They’re simply just options.”