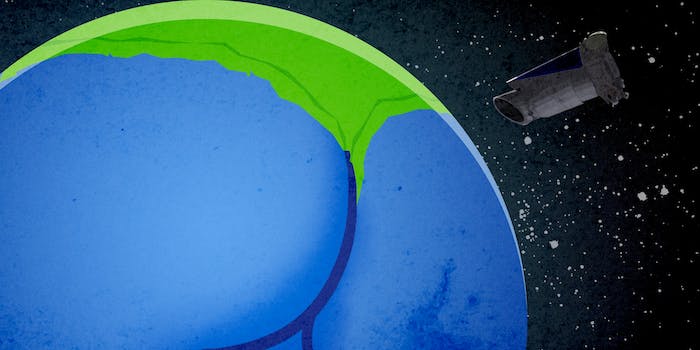 NASA‘s Kepler space telescope has revealed more than 2,300 previously unknown exoplanets since its launch in 2009—crucial work in the search for habitable planets and life beyond Earth. On Wednesday morning, its Twitter account got hacked by a sexy butt.

Everything’s back to normal now.

Our account was temporarily compromised. We're back in business, ready to tell you about new planet discoveries.

But the brief booty invasion provided an opportunity for space enthusiasts to make their best Ph.D.-level jokes about “moons” and “Uranus.”

I have to say, I didn't mind the Kepler's mission to show all of Twitter a 'full moon' ;)