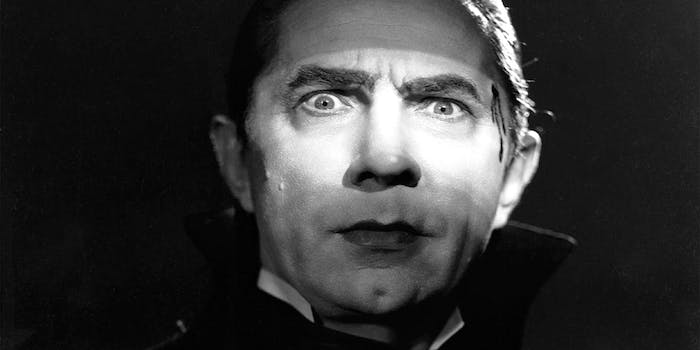 Who would you do?

So, the question of what monster you would most want to have sex with probably isn’t at the forefront of your mind. Certainly not as pressing an issue as what you’ll be eating for dinner tonight or what your current retirement savings look like.

But those issues are, at best, hours or years away. The debate you need to worry about right now is all about monster sex.

After all, it’s what’s Twitter doing, and who wouldn’t want to do exactly what Twitter is doing? (OK, bad example.) Regardless, here’s a bracket by @hunktears polling his followers about what is the “most fuckable monster.”

Who is the most fuckable monster? Let's find out. pic.twitter.com/tXT0qBnwAs

Byes were given to such monster sex powerhouses as vampires, ghosts (can you have sex with a ghost?), Frankensteins, werewolves, skeletons (you definitely can have sex with a skeleton, but why in the world would you?), and mummies.

They’ll be going up against such upstarts and underdogs as evil mermaids, snake people, moth men, the ominous elderly, and big murder lads.

This being the internet, people immediately took exceptions to certain monsters being excluded.

That’s true! Godzilla is very fuckable. Why was he left off?

Evil mermaids, in a lot of people’s mind, were severely underseeded.

Frankenstein getting fourth seed is a travesty

Yeah, probably not. I know I wouldn’t do a Frankenstein. But fourteen seed, clowns, has a lot of fans.

Come on, let's not draw this out. We all know the answer. pic.twitter.com/0aI91pBRqO

Except that clowns are getting whooped by hags, 71 percent to 29. Clowns maybe be fuckable to a vocal minority, but not to the masses. Right now, that may be the biggest upset pending, although Big Murder Lads are not performing well against moth men.

Some people have already gone so far as to fill out a bracket with predictions, NCAA tournament-style.

Vampires is a great choice, but I think I see evil mermaids making a George Mason-in-2006-type run. They are hot!

Voting in the first round ends this evening. We’ll update this with a winner come Halloween.