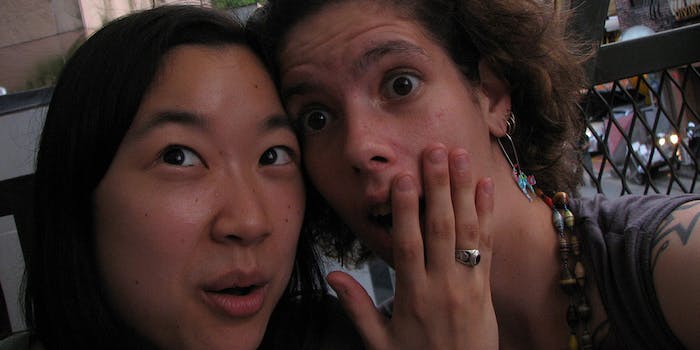 These are not words that people use in real life.

That’s the only conclusion we can draw from this list of 774 “no-no” words the Mongolian government is banning from the Internet, including such sophisticated terminology as “cocknugget” and “thundercunt.” (To be fair, I think I came across that last term in one of James Joyce’s love letters to his wife, so yay, Mongolian government, for promoting modernist Irish literature!)

Tech in Asia reports that the Mongolian telecommunications regulatory commission has published an extensive list of words that are banned from national websites. The words are in Mongolian, Russian, and English, and they include the usual suspects—”fuck,” “shit,” and “ass” obviously make an appearance, as do its many variations thereof—as well as some surprisingly prosaic terms, such as “dummy,” “freaking,” “bad breath,” and “female hygene [sic] accessory.” There are also a bunch of words that are so ridiculously, outlandishly profane that they’d make even James Joyce blush, the best of which have been compiled below:

The word “Chinese,” for example, appears on the list, not because it relates to an obscure sexual fetish, but because it speaks to the widespread anti-Chinese sentiment in Mongolia (I’m no expert on Chinese-Mongolian diplomacy, but Wikipedia tells me thorny relations between the two countries stem all the way back to the days of Kublai Khan). The words “gay” and “lesbian” are also banned, reflecting the current status of LGBT rights in Malaysia (same-sex relations were decriminalized back in the 1980s, but the country does not legally recognize same-sex marriage or domestic partnerships).

If you’re having a rough day at work and you want to have a few laughs, the full list is available here. But all joking aside, we’re disappointed in you, Mongolia. We thought Mongolians knew how to party. And a Mongolian party lasts all night long.