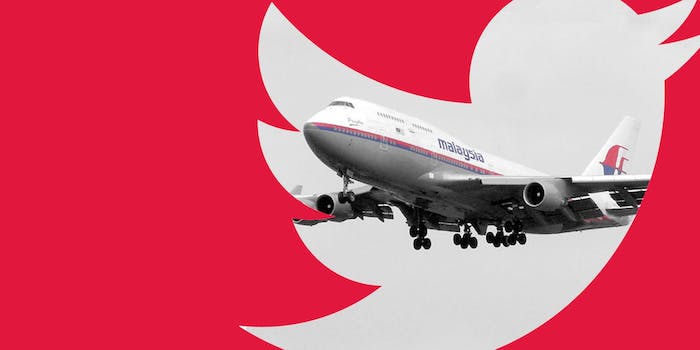 English teen to appear in court over offensive MH17 tweet

The teenager has been charged with making a “malicious communication."

An English teenager is facing legal repercussions after sending an offensive tweet regarding Malaysian Flight 17 (MH17), the commercial airliner shot down on July 17 killing everyone on board.

Mitchell Tace Chapman, 18, was accused of making a “malicious communication” after he sent the following message mocking two Newcastle United Football Club fans who died on the flight, ChronicleLive reported. 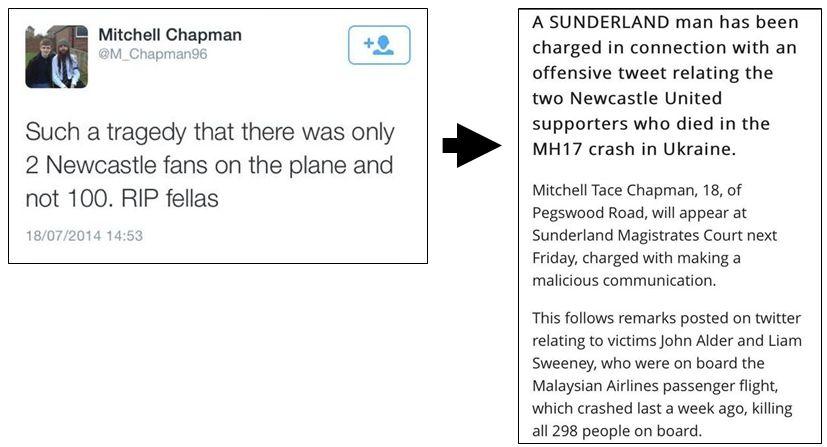 The two fans were John Alder and Liam Sweeney. They were among the 298 passengers and crew on board MH17 when it was shot down over Ukraine.

Chapman, of Sunderland, England, is expected in Sunderland Magistrates Court on Aug.11. His appearance in court may be short and uneventful, says Open Rights Group director Jim Killock.

“While there is no excuse for making remarks like this, we must be cautious about where this becomes a criminal matter,” Killock told the Daily Dot. “There are many cases of harassment where the police quite wrongly take no action. They appear to judge the importance of offensive Internet remarks according to how much they enrage the public, rather than objective criteria such as the danger they pose.”

In May 2010 another Englishman found himself in legal trouble after sending out a tweet stating “he would blow up nearby Robin Hood Airport when it closed after heavy snow,” the BBC reported. Paul Chambers, 28, was specifically cited for making a “menacing electronic communication.” Chambers was initially convicted but had that ruling overturned by a London court where he argued the tweet was just a joke.