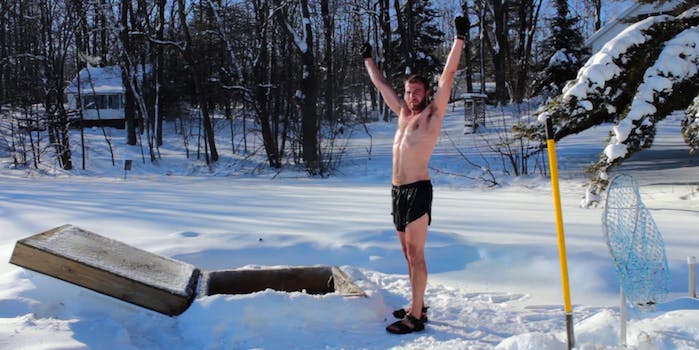 One YouTube user is practically holding his own Winter Olympics.

When the weather gives you a polar vortex, you might as well make the most of it.

MinutePhysics’s Henry Reich woke up to the thermometer reading -17 degrees Fahrenheit, but instead of hiding inside like the rest of us, he decided to put that freezing weather to good use.

It might be almost impossible to be outside for more than a few minutes at a time, but you can do plenty with that.

Reich loves winter, so for him, jumping into a hole in the ice at that temperature was a no-brainer; after all, it was warmer than jumping into it when it was -30 degrees out.

You’re out of luck a bit if you don’t have snow, but you can still enjoy some of the simpler offerings of winter. Or, if you’re like most people, just stick to observing the weather and keeping warm.