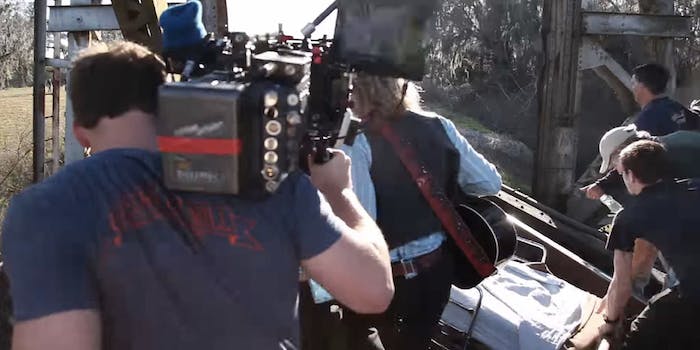 The collision killed a camera assistant and injured eight others.

While filming Midnight Rider, a biopic about rock star Gregg Allman, a videographer recorded something much more dramatic: the film crew rushing to escape a trestle as a train barrels toward them. In the accident that followed, camera assistant Sarah Jones was killed.

The footage played a role in the sentencing of Hillary Schwartz, the movie’s first assistant director, who on Tuesday was found guilty of criminal trespass and involuntary manslaughter. She was given 10 years’ probation, as was executive producer Jay Sedrish. Director Randall Miller pleaded guilty to the same charges and has begun a two-year stint in jail.

Glynn County, Ga., District Attorney Jackie Johnson called the train accident, in which eight other people were injured, a “preventable tragedy.” Although the crew had secured rights to film on land owned by forest resources company Rayonier, Johnson said, they had been repeatedly denied permission to use the train tracks that crossed the property, owned by CSX Transportation.

At the moment of the disaster, they were shooting a dream sequence that called for Allman (William Hurt) to be on a hospital gurney on the trestle.

Georgia’s legal proceedings in the matter are at an end, but several civil suits are pending. The production of Midnight Rider remains in limbo.