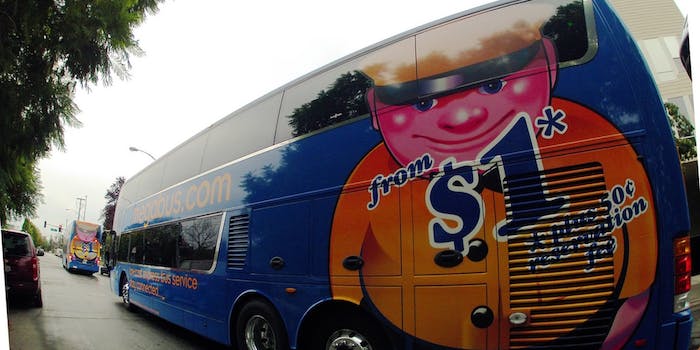 Everyone has a Megabus horror story. This is mine.

As the saying goes, fool me once, shame on you; fool me twice, shame on me. But what if you’ve been fooled 20 times?

For Megabus riders, that question isn’t hypothetical—instead, it speaks to an increasing reality of using the service, one marred by long delays, unreliability, and safety concerns.

This weekend, I boarded a Megabus from Chicago to Cincinnati to see the Princess Diana exhibit. I’d had bad Megabus experiences in the past—including a driver who didn’t know where our drop-off point was and a bus that arrived three hours late on a cold March morning, leaving me waiting in the freezing rain—but nothing could have prepared me for what awaited me on Friday afternoon.

First, our bus was delayed because a passenger was 30 seconds late to board. Our trip was scheduled to leave at 3:45pm; she arrived at 3:46, pounding on the door. The other passengers pleaded with the driver to just let her in, but he was determined to leave.

Rather than taking no for an answer, she stood in front of the bus, blocking his path and screaming at him to open the door. The riders continued to attempt to reason with the driver, but he had a better idea: He tried to run her over. He began to drive toward her, hoping she would get the message and move. She did not.

He finally let her aboard the bus, but the incident proved to be an omen: Our bus ride was so rocky that it felt like we were driving with four flat tires. The bus driver routinely pulled over to the side of the road to check the vehicle, seemingly finding nothing wrong.

We stopped seven times before he finally diagnosed the issue: Our suspension was broken and would require that another Megabus come pick us up. At this point, we were stalled on the side of the highway, and the driver pulled us into a Wendy’s at the next exit, across from an adult superstore in Indiana.

I shared my story with friends on Facebook through a status update, hoping to alleviate the stress of waiting up to an estimated two hours for another bus, but it turned out that I knew nothing about suffering. An old friend from college had waited hours for her Megabus, only to get in a wreck; a metal pole shot through the window, shattering the glass. 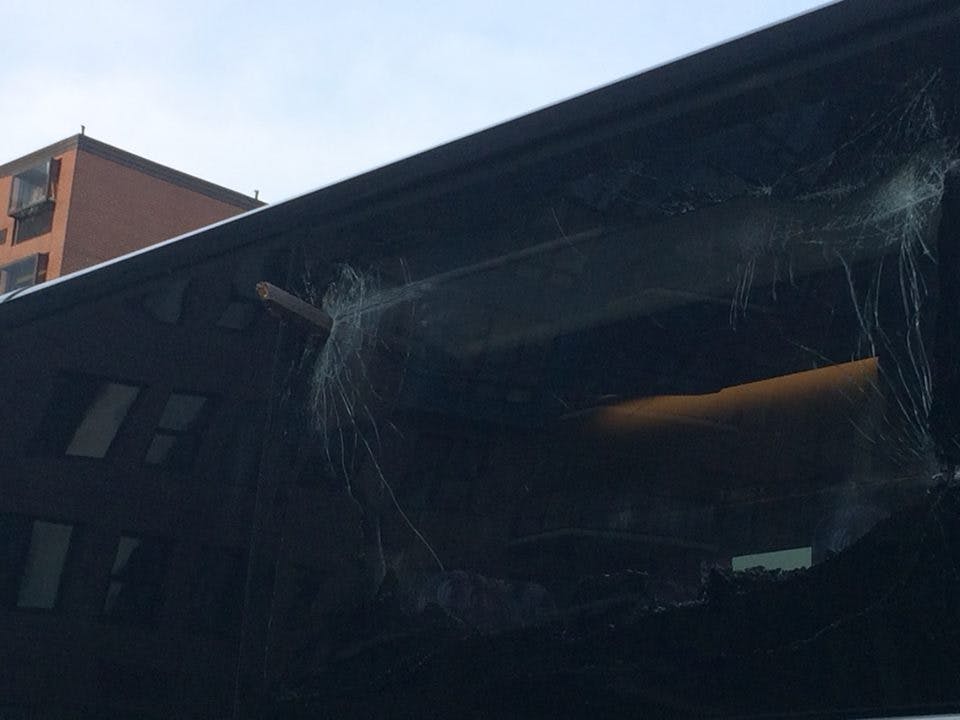 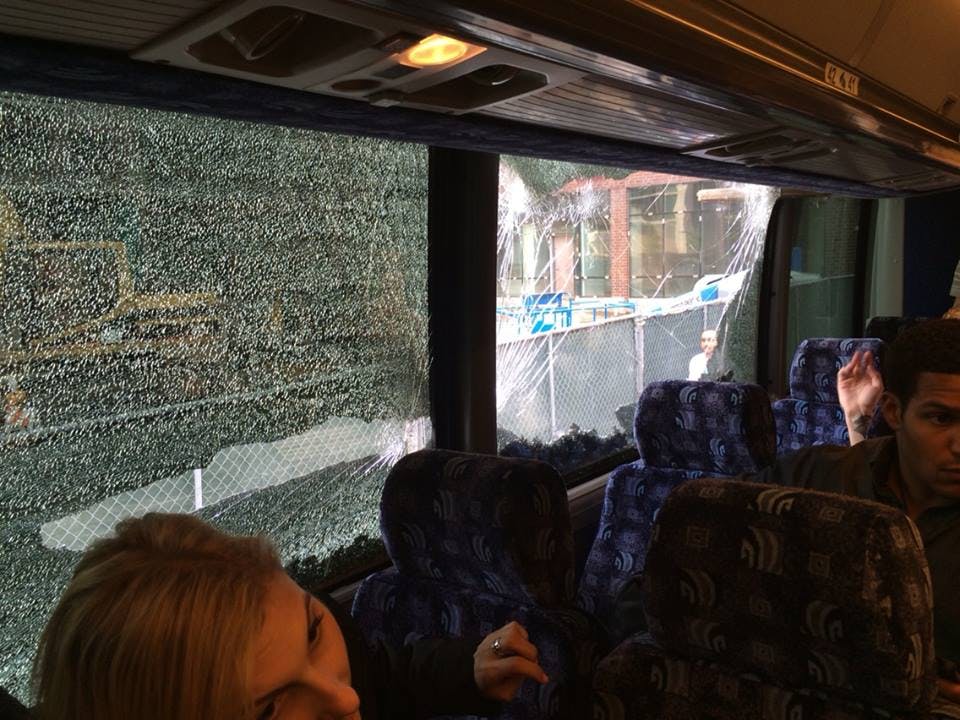 She had taken the Chicago bus right after me, and I had to wonder: Is this public transit or Russian Roulette?

Although there are positive stories (a friend of mine found a winning lottery ticket for $100 on a Megabus), almost everyone I know seemed to have a Megabus horror story to tell. Common complaints included long delays and pervasive breakdowns, even in the middle of winter. After a breakdown in Marshall, Mich., had one couple waiting six hours in a gas station, they paid for a limo to take them the rest of the way to Chicago.

Another couple was on the 2012 bus that blew a tire on Illinois’ Interstate 55; according to the Chicago Tribune, the bus “careened out of control” before hitting a concrete pillar. The woman in front of them was killed. This was just one of a number of accidents in the Chicagoland area that year, frequent enough that Illinois Gov. Pat Quinn called for an investigation into the company.

In addition to the service’s safety concerns, other respondents reported a stunning lack of oversight when it came to regulating passenger behavior or basic customer service. One respondent sat behind two men openly discussing the number of guns they’d brought on board the bus with them, while another sat next to a woman who had tied a plastic bag of her son’s puke to the armrest, letting it swing with the motion of the bus, smacking everyone within the bag’s reach.

If these anecdotes describe the same bus system known for Wi-Fi that never works and temperamental A/C units (which is bad news if you’re stuck in a hot metal tube for eight hours with 60 strangers), why do customers keep taking it?

The bad PR and ubiquitously poor reviews have hardly hurt the company, which remains the fastest-growing segment of intercity travel. Megabus is so immensely popular that the company is expanding its routes across the U.S., including the Deep South (e.g., Florida and Texas); although the service was traditionally a fixture of the Northeast and Midwest, Megabus now covers every region of the United States, except for the Plains, Mountain States, and the Southwest.

Despite the numerous drawbacks of taking a gamble on the Megabus, the service’s appeal remains the elusive allure of low-cost. Megabus’ advertising promises fares as cheap as $1, but that price is only available if passengers book their tickets far, far in advance of the trip. I’ve been taking the Megabus for eight years, and I have yet to ever secure a fare that could be paid for with George Washington’s face.

The issue is that bus riders often don’t plan their trips two months in advance—that’s usually reserved for plane fare. Megabus tends to be the preferred option when you’re making an eleventh-hour decision on your weekend transit, not a romantic getaway that requires 90-day forethought. If Megabus isn’t your last resort, it’s damn close.

For instance, in order to take advantage of Megabus’ dollar promise, I would have to book my ticket for Sept. 9, over two months from now. But were I to buy a one-way ticket from Chicago to Cincinnati on Saturday, July 19, the price is nearly identical to Greyhound, the pariah of intercity bus travel. Each service promises prices ranging from $20 to $25 for your trip, and I haven’t heard of Greyhound putting a metal stake through your window to get you to your destination.

The case of Spirit Airlines shows that customers are willing to put up with a lot when they think they’re getting a deal, including flying in an airplane that may or may not have a colonial woman on the wing, but the seeming low cost of Megabus comes with a price. It normalizes increasingly bad behavior from the company and a sharp decline in customer service since the company started in 2006.

When Megabus first started, the Web-based nature of the company promised a better bus travel for the Internet generation, quickly becoming popular with college students and cash-strapped young people. But it’s a bad business model, one fraught with disorganization and a lack of oversight and infrastructure, a system of banal exploitation that takes advantage of those who might not have other options.

After our second bus came to pick us up on Friday, the passengers around me kept promising that they would never take the Megabus again, but I know that’s not true. If I booked that July 19 ticket, I could be sure to see at least a few of their faces; as we sat stewing in our body odor, trying in vain to get a connection to the Wi-Fi, we’d all wonder how we got fooled yet again.