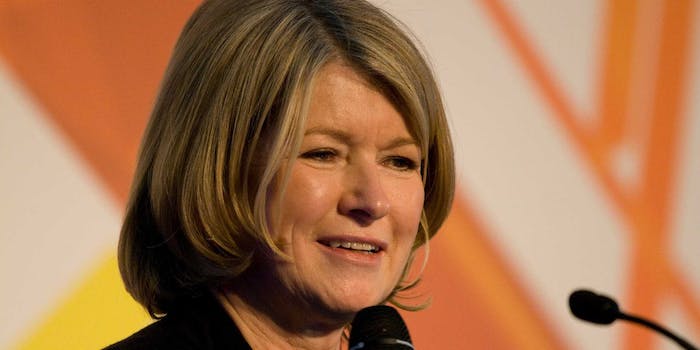 Attention: Martha Stewart still has a drone. Here are the photos to prove it.

It’s not news that Martha Stewart loves drones. She told Vanity Fair in May that she has a drone and that she loves her drone, and she recommended her drone to all of her readers in that month’s issue of Martha Stewart Living! But Martha made headlines again with her most recent endorsement of unmanned aerial vehicles, a blog post composed of photographs of her farm, taken via drone.

Interest in Martha Stewart’s Drone is so great that, apparently, traffic to her blog temporarily crashed the servers. (Fortunately, the site is now back online, so comment away, I guess?)

Is Martha trolling? It certainly seems like she could be. “Controversial but fabulous,” Martha tweeted, “drones do a good job.” That has to be tongue-in-cheek. Right? Surely. 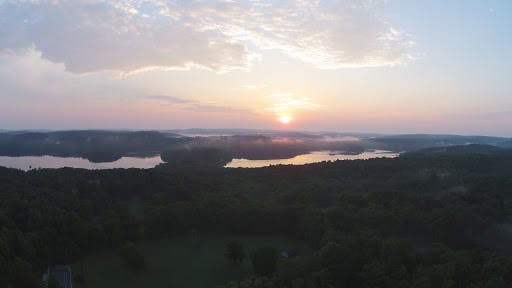 It seems unlikely that you’d find yourself reading a story titled “Wealthy Upstate New York Woman Loves Her Drone” were that “Wealthy Woman” not also “Martha Stewart.” And certainly this fits into Martha’s broader efforts to engage with readers and fans online, from her Reddit AMA to her (rather public) foray onto Match.com.

Still, how are we to understand the fact that Martha Stewart has a drone? None of the aforementioned posts offer any insight or interpretation, really. (The photographs aren’t even that cool.) They’re just relaying a fact: Martha Stewart loves her drone. And we love the fact that Martha Stewart loves her drone. This story triggers the same part of our reptile brain that Andy Borowitz does, the part that is amused by two divergent story parts that we recognize from The News being forced into congress for our amusement: Martha Stewart has a drone, ha ha. It’s funny because elsewhere in the world drones kill people, but here they’re just taking photographs of her farm. LOL! What does Martha Stewart’s drone mean? It doesn’t mean anything! (Beyond the fact that we are all, maybe, a bunch of truly sick puppies.)