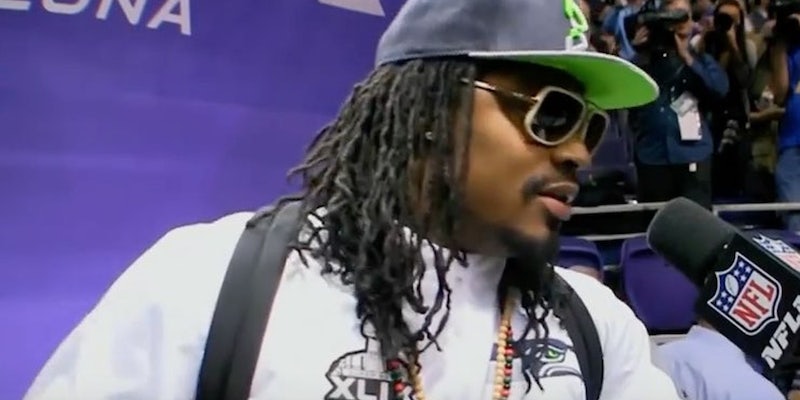 All about that action, boss.

It’s painful to think about, but world’s greatest narrator David Attenborough is 90 years old now. There may one day be a Planet Earth series without his perfect voice behind it. When that sad day comes, though, let’s hope the producers tap retired Seahawks running back Marshawn “Beast Mode” Lynch.

Here’s the future hall-of-famer narrating the scene where an iguana slips past half-a-dozen snakes, running and leaping to safety:

The audio is from Lynch’s explanation of perhaps his greatest football moment, the “Beast Quake” run where he shook off a slew of defenders en route to a game-deciding 67-yard touchdown.

You want someone to talk about the beasts of this great planet of ours? It’s right there in Lynch’s nickname. Show him the money when Planet Earth III finally comes around.