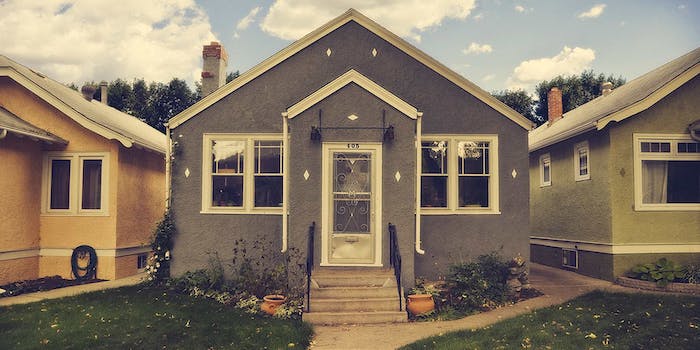 It's time to stop talking about the problem with young people and focus on the problems we face.

It’s already an old story on social media. Kids these days, the 20- and 30-somethings otherwise known as millennials, aren’t all right. Everyone’s got something to say about the problem with young people in 2017: We’re criticized for using slang like “bae” or “fleek,” what we wear, and how we connect to the world (often on via cell phones). We still live at home with our parents because we’re “entitled,” and many of us are underemployed or jobless because we’re just “lazy” and we don’t know the value of hard work.

Every generation of young people is subject to these crude stereotypes (think how much of a nuisance the Don Drapers of yesteryear found the countercultural hippies), but these sweeping judgments leave a particularly sour taste in my mouth. Maybe it is because I am myself a millennial, but it’s not just personal—it’s about hypocrisy. I have a problem with those who ruined the economy telling young people who grew up in the aftermath of a recession that we should be thriving. And when we are doing anything but living the dream, it’s our fault for doing what it takes to be successful.

After completing my Master’s degree at New York University, I had little choice but to move back to my parents’ house—even though I’m currently married. In the time between my undergraduate and grad work, my parents helped subsidize my living expenses in New York City, while I funded my graduate degree with both jobs and student loans. At the same time, my college-educated husband worked a part-time retail job to cover the remainder of our living expenses.

Now that my time in grad school is over, we’ve high-tailed it out of the big city (the rumors are true: it really is completely unaffordable), back to our hometown—moving in with my parents in Atlanta.

Despite the fact that my husband has held full-time a job for two years, we just don’t have the funds to afford the high costs living on our own. That’s especially true when considering the exorbitant amount of student loans we have to pay back—on top of keeping up with our utilities and cell phone bills, which our respective parents have to pay. But even despite those struggles, conversations about “millennials who won’t leave the nest” tend to demonize people like us for not living up to the ideal.

As an American #millennial, I am committed to working towards a better society until I make enough money to be part of the problem.

New fave thought exercise: replace the word “millennial” with the word “human” anytime you see it in a headline.

Fortunately, new studies are starting to vindicate us beleaguered millennials and struggling college grads. Pew Research Center just released a report finding that 30 percent of adults from 18 to 34 years old live at home with their parents or other relatives. As the report notes, the labor market has improved for people in this age bracket, but the opportunities for living independently have greatly declined. It’s even worse now than it was during the Great Recession.

When millennials are doing anything but thriving, it’s our fault for not knowing or doing what it takes.

While a resurgent economy may seem like the perfect catalyst for a young person to be able to move out on their own, the reality is more complicated. As the job market rebounds, so does the cost of housing, which sends many young people back home—or ensures that they’re unable to ever leave.

This stagnation quickly evolves into a pattern that puts stress on young workers and their parents—as well as the economy; a report from the Atlantic notes that homeownership is still the “primary way that Americans build wealth.” However, those would-be first-time buyers, who are traditionally younger adults, have been few and far between since the recession, because most of us don’t have the economic means.

So far, the growing body of research indicates that it’s not simply a matter of preferring renting over buying a home—it’s because millennials simply aren’t in the position to build their savings and don’t already have the money for a downpayment. In addition, as studies from Nielsen indicate, many millennials prefer to live in metropolitan areas relatively more expensive than rural areas and suburbs, because of access to job opportunities, public transportation, and environments that offer socially conscious, creative safe havens.

In addition, Svenja Gudell, the senior director of economic research at Zillow, told the Atlantic that because of student loans, many millennials just cannot afford mortgage payments alongside “chunky payments to make to the lenders of their student loans.” Indeed, staggering student loan debt is another big reason so many college-educated millennials fail to launch.

Most millennials attending a four-year college or university graduate with an average of $26,000 in debt. However, as the Atlantic reports, for those lucky few who have little-to-no student loan debt, who don’t have to worry about the struggles of becoming a homeowner, who are thriving by most common markers—they all have one thing in common: rich parents.

If you want NYT’s vision of a millennial, imagine an affluent white person taking a selfie … forever

Surely, many of those affluent young people try to make the best of their educational opportunities. If things don’t work out, their ability to thrive is virtually assured, because they still have the financial means to purchase a home, let alone rent an apartment. That’s an option—and indeed a privilege—many other millennials just don’t have, making the scramble for survival and sustainability even more daunting than it already is.

With the bleak economic realities most millennials contend with, including the rising cost of education, our pathway to success is much more complicated than the story many of us were told growing up. “If you want a better job, a better life, and more money, go to college,” we were told. And many of us have attended college, put in the hard work, and earned our degree(s), yet we still have nothing to show for it but a mountain of student loan debt—a burden that hampers our ability to live the life to which we were told to aspire.

Perhaps it’s time we redirect the focus from the talking about the problem with “kids these days” and turn our collective attention to fixing an economy that caused the problems we face. It just doesn’t matter if millennials have the qualifications or the education for most jobs—that’s just not enough to get us out of our old childhood room, or our parents’ basements.

Brianna Cox is a 24-year-old freelance writer living in suburban Atlanta with her husband, her two parents, and a tiny dog. She blogs about race, ethnicity, pop culture, and health & wellness. Find her on Twitter @bloggingbri.