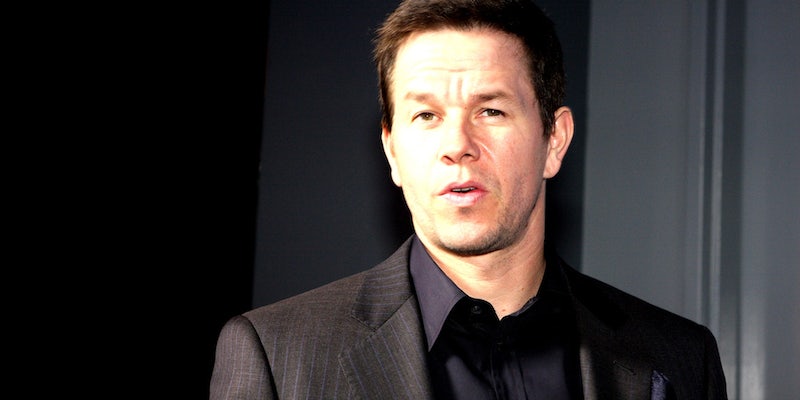 Mark Wahlberg attacked two Vietnamese-American men in 1988, but because he's a powerful Hollywood actor now, he'd prefer you all forget about it.

Superstar actor and producer Mark Wahlberg has requested a formal pardon for a racialized attack on Vietnamese-Americans Hoa Trinh and Thanh Lam in 1988. Wahlberg claims that he’s made good on his past crimes and wants to move forward, but cynics point to the fact that this is all about business. As Gawker’s Gabrielle Bluestone reports, Wahlberg has been “foreclosed from obtaining a concessionaire license and working with law enforcement to help at-risk children because of his criminal record.” Bluestone writes, “But more importantly, Wahlberg hints…that he’d like to win an Oscar.”

The situation couldn’t come at a worse time, as America is a racial powderkeg thanks to the events of Ferguson, Mo. and Staten Island, and not everyone is convinced that Wahlberg deserves what he’s asking for. Ultimately, Wahlberg doesn’t deserve a pass for being famous, no matter how repentant he seems; he may have changed, but he still didn’t take the first step of reaching out to his victims directly to make amends. That sours any claim he’s making that he’s reformed and wants to move on.

At the Boston Globe, Adrian Walker states that justice starts with contacting victims of crimes, not going up the ladder to the governor to ask for forgiveness:

Before any other steps are taken, Mark Wahlberg needs to find every single one of his victims and apologize. (If the Globe can find them, so can he.) No hiding behind press releases or publicists. He needs to pull up to their houses, in whatever movie stars drive this week, and say, ‘I’m sorry I terrorized you. I was a horrible person then. I’ve since learned how and why to be a decent person. I’m no longer the person I’m sorry you met.’

In 1988, Wahlberg attempted to steal several cases of beer from Lam’s store, hitting the Vietnamese-American man with a heavy stick. The blow was hard enough to break the stick and knock Lam unconscious. Upon exiting the store, he ran into Trinh and punched him into the eye—Wahlberg believed for many years that he had blinded his victim, though in fact Trinh had lost his eye during the Vietnam War. When police captured Wahlberg, he spewed a series of racial slurs, apparently unconcerned about, and possibly even proud of, his crimes.

This is not a surprise, since he’d been entangled with the police just two years before—twice—for harassing young black students. First, he and several friends were spotted throwing stones at three black children, and upon seeing the students the next day with their teacher, Wahlberg and friends again tossed rocks at them, inflicting injuries significant enough to merit an ambulance. As before, he attacked his victims with racial slurs and made racist comments. The resulting civil rights suit was settled with no admission of guilt.

He was ultimately sentenced to two years in jail, for which he served 45 days, for his crimes against Tam and Trinh. It would appear that in subsequent years, Wahlberg has changed his attitudes, genuinely or not; he’s certainly spoken out on numerous occasions about his activities during his youth, expressed regret for them, and been active in his community to provide more life options to young adults and teens. He focuses on creating chances for children who might otherwise miss out—perhaps because he recognizes that his own misspent youth reflected a lack of access to opportunities.

Yet, there are some problems with Wahlberg’s case. The first is his race and the very characterization of his youth as “misspent.” Like other white teens who engage in racial hate crimes, he’s been given a pass by society on the grounds that he grew out of it and repented, growing out of racism like a snake shedding his skin. He says he doesn’t feel “entitled,” but his skin color says otherwise.

Moreover, contrasting Wahlberg with youth of color reveals a rather clear divide, as Jeff Yang notes at CNN. Black teens who had committed similar crimes would not be treated the same way. A black teen who assaults a liquor store owner or throws rocks at white children is considered a juvenile delinquent and funneled through the prison system. Yang writes:

If a black, Hispanic or Asian youth under the influence of drugs and alcohol had put out a white man’s eye [editor’s note: as discussed above, this is not a strictly accurate narrative of events] while trying to rob his store, it’s inconceivable that he would have been let off with such a light sentence; implausible that he’d have gone on to the kind of marquee stardom that Wahlberg has obtained; unlikely that he would have the sense of unvarnished privilege that is driving Wahlberg’s desire for a whitewashing of his record, if you’ll pardon the pun.

Wahlberg benefited from white privilege in his initial court dealings—despite interacting with the Boston police over 20 times, he largely didn’t face consequences for the actions of his youth. He developed an extremely successful modeling career that became a jumping point for a cinematic one. He’s a wealthy, powerful, and influential force in Hollywood. Admitting his crimes and talking openly about them is one thing, but asking for a pardon is another.

Making good on past wrongs is a complicated matter—Wahlberg himself admits that it is “not a magic wand.” However, simply acknowledging that he committed crimes doesn’t absolve him. The next step is to reach out to the victims and identify the resolution they’re interested in seeing. Wahlberg failed to do so, claiming that he was “too ashamed” to approach the Vietnamese-Americans he’d assaulted or the black schoolchildren he’d tormented with rocks and racial slurs. A man too ashamed of his past actions to face his victims isn’t really a man ready to atone for them, no matter how many summer camps for disadvantaged children he opens. Curiously, he also says that he feels he’s done his time and can sleep well at night—that the issue is resolved and he can move on with his life.

Certainly, his charitable activities are a form of restorative justice, but without incorporating the expressed wishes of his victims, they ring hollow. They raise the question of whether Wahlberg genuinely wants to make good on his actions, or is interested in the good publicity such activities generate. For Hollywood stars, charity campaigns are a common approach to deflecting accusations of being too wealthy or selfish to care about the community, and in Wahlberg’s case, these campaigns come with loaded implications since they also head off concerns about his racialized crimes of the past.

In this sense, the pardon request may be a publicity stunt, and certainly his offer to fly Trinh and his family to Los Angeles smells of a desire to look good in front of the cameras. (It’s a great photo op.) Trinh, for his part, supports Wahlberg’s pardon application and says that Wahlberg clearly repents his actions and has reformed. Tam’s views on the matter aren’t clear, though, and neither are those of the black children (now, obviously, adults) involved in his earlier assault cases.

While the wishes of the victim are the most important voice in the conversation, this case has become about more than the attack on Trinh. It’s taking place in a larger landscape of justice in America, where white people get away and people of color die, where white people are not indicted or penalized for their crimes, and where the very justice system is prejudicial. In this setting, the case becomes an indictment of the system itself: If Wahlberg is granted a pardon, it speaks to the low bar set for receiving absolution when you’re white.

Asian-American activist group 18 Million Rising has spoken out against the pardon, saying that: “Once his record is cleared of his hate crime, it’s smooth sailing—and he gets to pull in money hand over fist while his victims bear the scars and trauma he left for them.” They’re not alone: Twitter users have been using #nopardonmarkwahlberg to express their displeasure with the pardon petition.

Perhaps Wahlberg genuinely does regret what he did as a teen—certainly his discussions about it in prior public appearances bear that out. But perhaps his motivations are not that simple, and until pardons are applied equally regardless of race and social stature, any pardon offered to Wahlberg would come as a bitter pill.