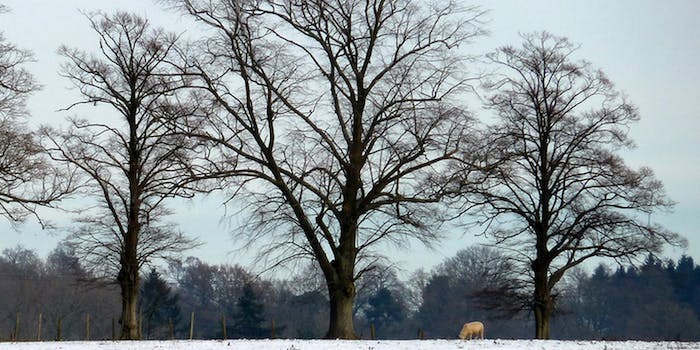 The saying goes “make like a tree and leaf,” but this guy can’t seem to take a hint.

Police and firefighters responded to a man who climbed to the top of one of Seattle’s iconic 80-foot Sequoia trees after 11:30am PT but their help was rejected, according to KOMO News, which is livestreaming the event.

Sporting a long beard and a wool cap, the man has been yelling at spectators and throwing small branches, apples, orange peels, and pine cones, among other things, at rescuers for nearly five hours. By the fourth hour of the ordeal, he had stripped the top of the tree bare and began chucking branches at officers and firefighters. He’s even made a request for a pack of Camel Crush cigarettes.

If this story sounds like Internet gold, it is. The hashtag #ManInTree is trending across the nation. A clever Twitter user has already created a Twitter persona for the man, tweeting from the account @Man_in_Tree.

Man, Season 1 of #ManInTree was so solid, but so far Season 2 just seems like more of the same. Needs a sidekick or something.

I'm on the move… #ManInTree

Looks like this guy is rooted in staying up there.

Photo via Reflected Serendipity/Flickr (CC BY2.0)