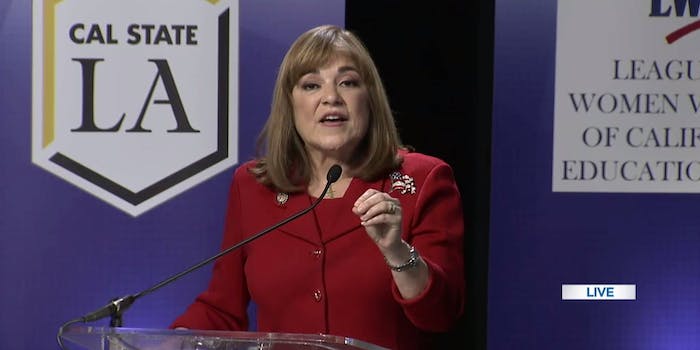 Her opponent's reaction is priceless.

What do you do when there’s no mic to drop? You dab.

California Attorney General Kamala Harris and Rep. Loretta Sanchez (D-Calif.) met last night in the first and only debate in their race for an open seat in the U.S. Senate. It was a terse debate, with two sparring for an hour over the merits of their public service.

Sanchez was looking for an exclamation point to end her closing remarks—one sure to connect with millennial voters. She dabbed. But what she ended up with was more of a ¯_(ツ)_/¯.

You really need to watch some of the debate to get the full absurdity of the moment. Sanchez had already gone over her allotted time. The moderator, Marc Brown, was trying to politely cut her off, but Sanchez powered through. And just when you thought it was over, she interjected, as if she almost forgot about her big final move.

The tragedy is that the livestream didn’t even catch the dab. But Harris’ reaction says it all. 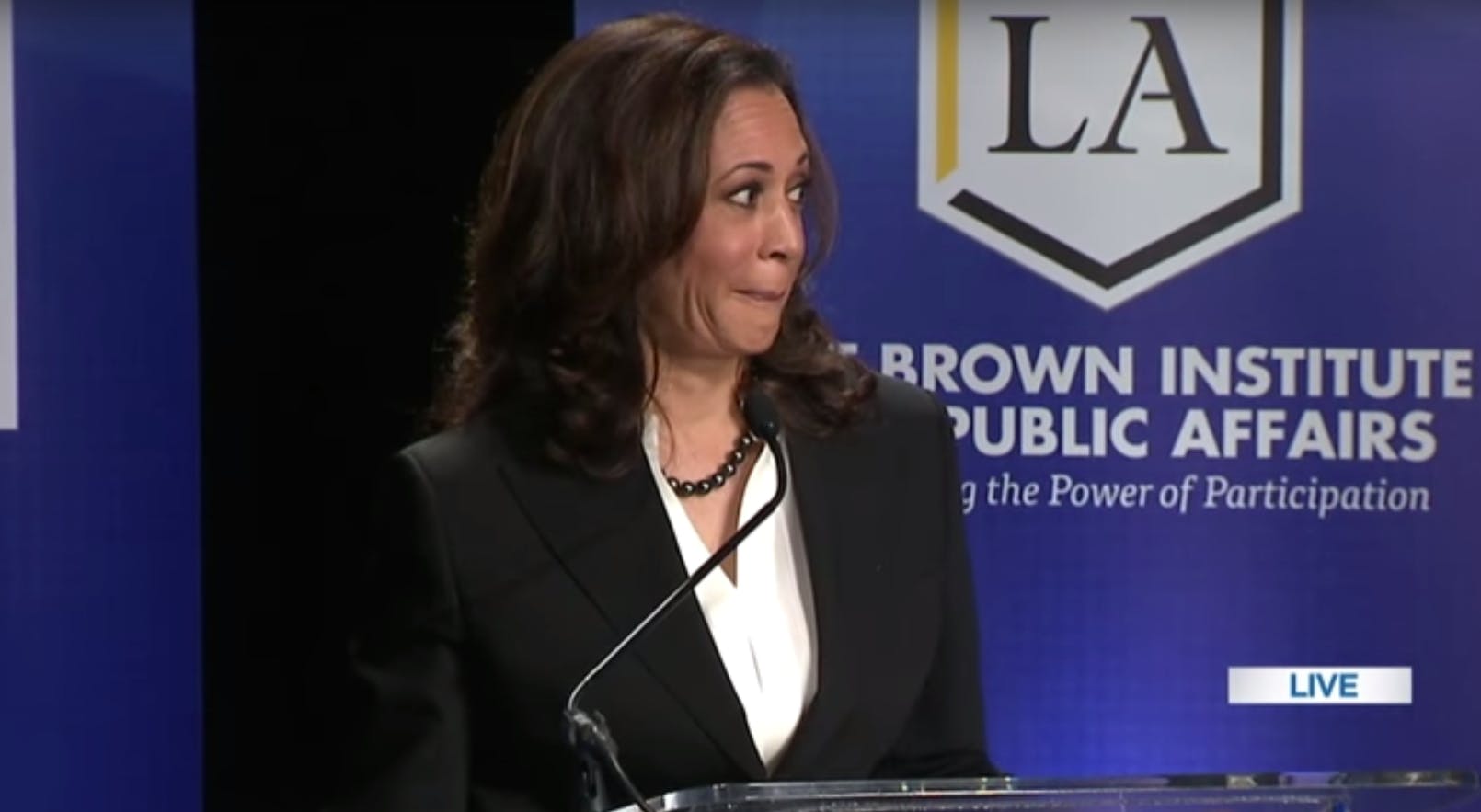