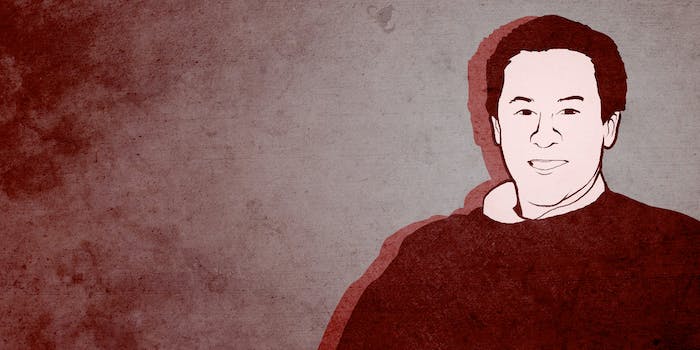 Baron Brooks’s father pulled the ultimate embarrassing dad move when he took out a full-page newspaper ad without his son’s knowledge, advertising that the younger Brooks was seeking a mate. The massive wife want ad appeared in the Saturday edition of the Couer d’Alene Press.

In addition to seeking a woman who can’t be too tall, old, liberal, or far from where Baron is located in Salt Lake City, the $900 ad states that his father, Arthur, will be interviewing prospective partners on Saturday at a Couer d’Alene, Idaho, resort.

The lucky lady who has whatever it is Baron’s Beverly Hills-based father is looking for in a daughter-in-law will be flown to Salt Lake City to have dinner with him. She will stay in “first class” accommodations and have everything paid for. Basically, this ad could go in either a sugar daddy direction or veer more toward the capitalist dick-swinging of Donald Trump.

And Baron hates it.

In an interview with the Spokane Spokesman-Review, Baron laid into his father’s Curb Your Enthusiasm-esque behavior, while also admitting that “it can’t hurt.” He states that he really is that conservative and boring and that his father must’ve chosen Couer d’Alene to vet his potential bride because the picturesque Idaho city probably has equally mundane women.

Baron is reportedly still single, though he is seeing two women. However, they’re not marriage material to him—something I’m sure they really wanted to find out from his Spokesman-Review interview.

Regardless of what his father’s disaster of a want ad brings, he says he plans to move forward with his dad’s wishes to vet, interview, then forcibly wine and dine prospective partners.