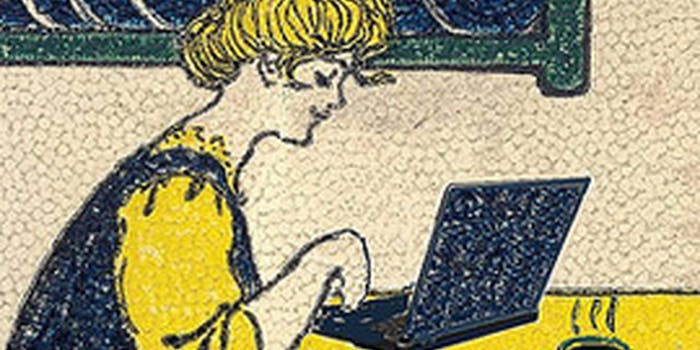 Sir Peter Stothard claims bloggers are causing the "decline" of traditional lit crit. Ironically, Stothard is also the author of the book blog for the London Daily Times.

In an interview in yesterday’s Independent, Stothard, chair of the U.K.’s prestigious Man Booker Prize for literature, stated that book blogging has traditional criticism “on the decline”—though he himself is a book blogger.

Stothard is the former editor of the London Daily Times and the current editor of its Times Literary Supplement. On the book blog for the Times, the Oxford-educated Stothard’s tastes undeniably bend toward the classical: Cicero and Shakespeare. In discussing taking a break to read The Winter’s Tale amid an extraordinary amount of reading in search of this year’s Man Booker Prize winner, Stothard notes, “Criticism is a form of work…. hard work.”

But criticism is also increasingly threatened by a book blogosphere comprised of bibliophiles who review books for love, rather than money. These amateur book bloggers can glean free previews of upcoming book releases, hobnob with their favorite authors in virtual space, and amass much larger readerships than a traditional critic, all without having to sacrifice their own personal reading taste or cultivate a classical education. Stothard is all too aware of these perks, but he doesn’t see them as a boon to literary criticism.

“It is wonderful that there are so many blogs and websites devoted to books, but to be a critic is to be importantly different than those sharing their own taste,” Stothard told the Independent. “Not everyone’s opinion is worth the same.”

Naturally book bloggers were none too happy to hear themselves being devalued. “If book blogs were mostly white men talking about the same old shit,” said Amanda Nelson, who tweets as @deadwhiteguys, “I bet Sir Snobby McSnobberson wouldn’t mind so much.”

Librarian and blogger Angela Toscano agreed. “No way there would be this much anxiety if other aged white dudes were doing it.”

Nelson and Toscano refer to the fact that on the Web, most literary critics are women. While most literary criticism is focused on serious, non-genre literature, blogs like Smart Bitches, Trashy Books churn out smart, funny reviews of over-the-top romances as well as the good stuff.

And while Stothard’s literary viewpoint is that of a privileged, Western white man, online book bloggers routinely discuss not only the literary merits of genre novels, but also feminism, racism, and other important elements within the publishing industry at large.

But their freedom has also caused frequent friction between the book bloggers and other parts of the publishing industry. This summer, a debate about whether book bloggers should be allowed into the American Library Association polarized the reading community after a librarian complained about book bloggers hogging ARCs—advanced reader copies of upcoming book releases—which librarians desperately need to determine which books they will include in their limited collections. Earlier in the year, the annual Book Blogger Con saw its focus change substantially after Book Expo, the publishing industry’s largest convention, took over the one-day event from bloggers and turned much of its programming into lessons on how to promote books for publishers.

And in April, the integrity of the online book blogging community took a huge hit when popular, respected book blogger The Story Siren confessed she had plagiarized several of her articles from bloggers within the fashion community. Although the blogosphere roundly denounced her actions, loyal fans continue to read her blog today.

Add to all these concerns additional worries about literary quality, and it’s easy to see why Stothard has a problem, especially considering that last year’s Man Booker chairwoman, Dame Stella Rimington, was widely ridiculed for expressing the panel’s wish to “produce books that people all over the country would read and enjoy.”

But the argument against bloggers from critics is nothing new, and the book blogosphere met yesterday’s denunciation with weary amusement. “I think I reached a point where I don’t get angry with these ridiculous articles anymore,” tweeted the Book Smugglers. “Blogging has probably killed my brain.”

“Obviously anyone who shares an opinion about books but isn’t a paid critical douchecanoodle is harming literature,” snarked Pam van Hylckama Vlieg, a literary agent and book blogger who was recently physically attacked by an angry author after she rejected his manuscript. (As if book blogging wasn’t perilous enough.)

Amy Rily of popular book blog My Friend Amy tells the Daily Dot that Stothard’s anxiety is a natural reaction to the growing influence of book bloggers within the literary establishment:

The fact that he’s taking time to talk to about the impact of book blogs on the literary establishment means that we are powerful… not in any diabolical way, but that people are out there talking about books. If that means we’re killing literature, I’ll take it. But I really just think it means we’re changing the way literature is talked about and that might be scary to people like Mr. Stothard who is used to being a controlling party in the conversation.

Book blogger Kenda Montgomery summed up the blogosphere’s reaction with a figurative eyeroll.

“Someone’s being boring on the Internet again,” she told the Dot.  “His attitude doesn’t affect me. Onward with the reviews.”