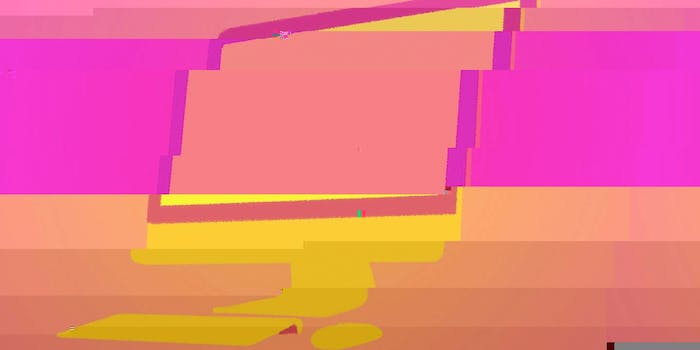 The ups and downs of being self-employed for a year

Going it alone as a freelancer in the job market can come with some heavy costs.

July 31, 2014. That’s the day I walked away from my PR and marketing job with a steady paycheck and into a life of self-employment and uncertainty. It wasn’t that I disliked the people with whom I worked; I still remain good friends with many of them today, and there are times when I see their office Instagram photos and miss the daily camaraderie that was always a cubicle away.

But the truth is that I was bored, and by being the middle cog in a small bureaucracy I knew I wasn’t stretching myself to my full potential. My background is in journalism, and even though I now made my living in marketing, I wanted the greater freedom to write more regularly and then leverage my journalistic brand to advance my career.

I was also in a unique position that allowed me to capitalize on my content marketing background. I’ve spent roughly half my career in journalism and the other half in marketing, so I’ve watched firsthand as brands have grown hungrier and hungrier for high-quality storytelling and leadership. With display advertising becoming increasingly ineffective, companies and executives are desperate to find journalists who know how to leverage their reporting skills to reach and inform the core demographics a brand wants to influence, whether it’s on a company blog, through social media, or via an established media brand that publishes guest columns.

Well, it’s been a year. And during that time I’ve managed to 1) generate a steady stream of clients, many of whom pay me to ghostwrite thought leadership articles for their executives, and, more important, 2) make enough money so that I’m not currently in danger of eviction.

I also learned a few lessons about self-employment, many of which I hadn’t anticipated when I put in my notice a year ago. So I thought I’d collect a few of them here in case a person reading this is thinking about striking out alone and could use a good reality check:

There’s a reason why many self-employed people try to create a facsimile of office life by joining a co-working space, and that’s because rolling out of bed every morning and walking the 10 feet to a desk in your apartment gets old pretty quickly.

Unfortunately, I didn’t have much client work lined up when I quit my job and didn’t feel comfortable shelling out an additional $500 a month for a coworking desk when I was living entirely off savings. So instead I endured entire workdays in which I didn’t come into contact with a single human being. This was only exacerbated when winter set in and I had even less incentive to leave my home.

Eventually, I started making more of an effort to get out, whether that meant going to a coffee shop twice a week or meeting colleagues for lunch. But both of these options have downsides. It can be incredibly difficult to be productive in a coffee shop; it only takes one screaming toddler to ruin your concentration, and it turns out moms really love taking their screaming toddlers to coffee shops.

Meeting colleagues for lunch is great because you get to squeeze both networking and socializing into one meeting, but the time it takes up during your work day, including traveling both to and from the lunch spot, often makes it difficult to get much else done on those days.

I charge many of my clients by the hour, and when I started out, I assumed I would eventually reach a point where I was logging nearly 40 hours a week in client work. In reality, even on a busy week, I’m lucky if I can fit in 20 to 25 hours of actual client work on top of everything else I have to do as part of my job.

It turns out that self-employed people have to put up with a lot of bullshit they don’t get paid for. For instance, in the month of July, I spent hours and hours talking on the phone or meeting with potential clients, and then many more hours crafting proposals for them. But only a small number of those phone calls and proposals convert into actual client work, meaning much of that time was completely wasted.

I also try to squeeze in as much time as possible for my own writing, but many of these articles (like the one you’re reading now) I don’t get paid for. So why spend so much time on them? Well, for one, I love writing, and one of the reasons I quit my job was so that I’d have more time to do it. But also my writing serves as a form of marketing; many of my clients have come in after reading articles like this one.

Then there’s the administrative stuff that doesn’t count as client work. Think invoicing, visiting the bank to deposit checks, going to Kinko’s to print and scan contracts. That adds up to a lot of busy work.

Finally, you have your general “screwing around” time you always take for granted at a salaried position. You know, that half hour you spend every day surfing Facebook and Reddit? Turns out you still want to do that stuff when you’re self-employed, only you feel a lot more guilty doing it because it’s detracting from the time spent doing things you actually get paid for.

3) You have to take on every facet of the business

You know the administrative stuff I mentioned above? The nice thing about working at a firm with dozens of employees is that different people handle different parts of the business so you can focus more on your actual core job. For instance, whenever a client didn’t pay the firm we had a team of accountants and lawyers who would hound the company or person until they paid up.

Working for myself, I have to take on this ugly work myself. At one point, a Silicon Valley entrepreneur hired me to do some marketing work for his mobile app, but when I billed him and then later sent him reminder emails about payment, he always had an excuse. It became clockwork. I’d email him a reminder gently asking him about payment, he’d offer up an excuse about cash burn-rates and then promise to send a check. Flash forward a month later, then repeat.

Eventually he stopped even bothering to answer my emails, so I had to figure out how to file a small claims lawsuit, print up all the documents, and then travel down to the courthouse to hand them to the clerk. But then, a few days before a judge was set to hear the case, I learned the court date was canceled because they hadn’t been able to find the guy and serve him the papers.

Finally, I just sent the guy an email threatening to contact ValleyWag and convince the publication to do a story on how the startup guy and his investors were screwing employees. Lo and behold, the money was wired to my bank account within 24 hours, but of course I didn’t get paid for all the additional time I’d spent trying to collect the money I was owed.

4) Self-employment is an emotional rollercoaster

Friends and family who have known me for a long time would never describe me as an optimist, but for the most part I’ve managed to maintain a healthy outlook on life. But for the past several months, I’ve rapidly vacillated through an entire kaleidoscope of emotions, including confidence, doubt, depression, stress, relief, anger, and despair. There are times in which I experience all these feelings in a single day.

For the most part, these emotions have been completely irrational, seeing as how I’ve been able to make ends meet without too much trouble, but they still plague me anyway. I have a feeling this situation will become more subdued as time goes on, but I doubt it’ll ever completely go away.

Quitting my day job wasn’t just about improving my career, I also envisioned it improving all other aspects of my life. Because I’d be mostly working from home I could fix my own food and therefore eat healthier (and lose weight in the process). I’d set my own schedule, meaning I could take time during the day to clean my apartment, go grocery shopping, do laundry, or the dozens of other things we always have to put off until the weekend. In all, I planned to become a more well-rounded adult.

Flash forward to 12 months later. It turns out that all that stuff I’d had to put off until nights and weekends still didn’t get done until nights and weekends. I still only clean my apartment about once a week, usually on Saturdays, and because I spend more time in it now it actually gets dirtier. I’ve somehow managed to gain weight despite eating from home more often and getting plenty of exercise.

Basically, even though you can technically set your own schedule, you still end up working normal business hours. That’s because most of your clients work during those hours and friends and loved ones want to hang out at night. Usually if I end up working at night, it’s only because I spent too much time during the day screwing around on Facebook, not because I took the opportunity to tackle chores.

You’ve probably noticed all the “lessons” I listed above are mostly negative. Well, I think that’s because most people are overly optimistic about what it would be like to work for themselves, and it’s better to understand all the downsides before taking the plunge. Would I still have gone the self-employment route if I knew everything I know today? Definitely. I still maintain that I had stagnated at my old job and was in need of a good jolt. I also would have done a lot of things differently, like focusing on securing clients earlier instead of spending so much time (and savings) building up my journalistic brand.

Overall, I think I’m lucky in that I’m self-motivated enough to force myself out of bed every morning and I have a good support system of friends and family to help me get through the more difficult parts. I can’t say whether a year from now I’ll still be self-employed, but I do know that if I take a salaried position it’ll be from a better vantage point, one that will allow me to utilize my entire skill set, including the learnings I’ve picked up while fending for myself. I’ll always be glad I took the opportunity to wander off into the wilderness, even though I got snagged in a few thorn bushes along the way.