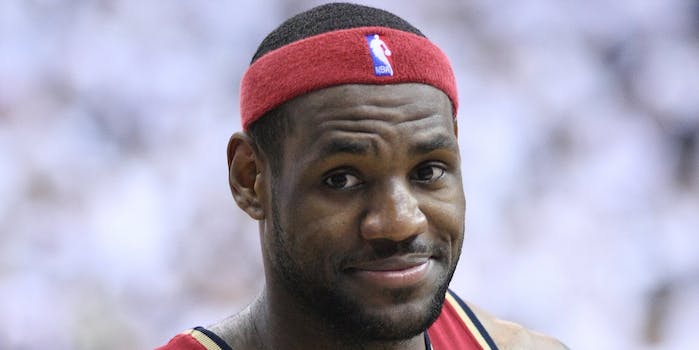 The King is back.

After weeks of speculation and four years with the Miami Heat, LeBron James will return to his home state of Ohio to play for the Cleveland Cavaliers.

Sports Illustrated’s Lee Jenkins had the golden ticket all along. In a refreshingly straightforward bit of media, LeBron James did not announce his decision via extended network television special or the Internet. He sat down with an NBA beat reporter.

I’m doing this essay because I want an opportunity to explain myself uninterrupted. I don’t want anyone thinking: He and Erik Spoelstra didn’t get along. … He and Riles didn’t get along. … The Heat couldn’t put the right team together. That’s absolutely not true.

I’m not having a press conference or a party. After this, it’s time to get to work … I always believed that I’d return to Cleveland and finish my career there. I just didn’t know when. After the season, free agency wasn’t even a thought. But I have two boys and my wife, Savannah, is pregnant with a girl. I started thinking about what it would be like to raise my family in my hometown. I looked at other teams, but I wasn’t going to leave Miami for anywhere except Cleveland. The more time passed, the more it felt right. This is what makes me happy.

Just like that, James makes the floundering Cavaliers the overwhelming favorite in a depleted Eastern Conference. Twitter was quick to welcome him back with trending hashtags #TheKingIsBack, #TeamCavs, and others.

sports bloggers: if u need quotes I’m offering up my mom’s reaction ur welcome pic.twitter.com/9rwFi7HsrH

Nice move LeBron. Very admirable of you. Cleveland bout to be poppin tho!! #thekingisback #cavs… https://t.co/0Ks1YfyMon

Meanwhile, the King turned to Instagram to break the news to his fans.