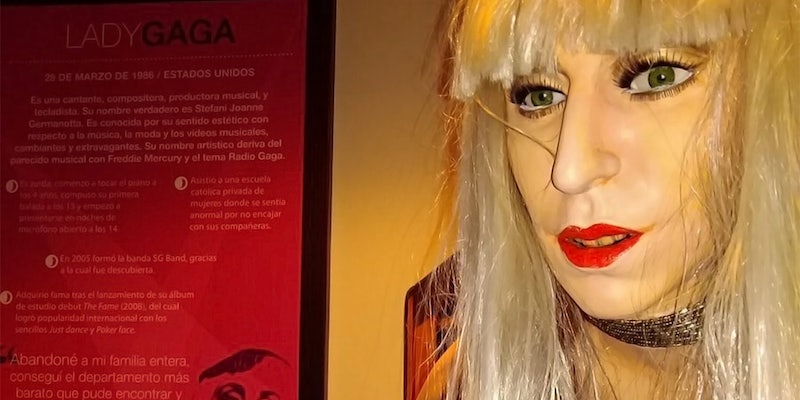 Feast your eyes on the worst Lady Gaga wax figure ever

How did this get made?

Wax figures of celebrities are apparently hard to get right. Over the summer, the internet roasted a Beyoncé figure at Madame Tussauds that looked nothing like Beyoncé. Now, a wax figure of Lady Gaga in a museum in Peru is being ripped apart for its really bad representation of the singer.

Just look at it:

It's a Wax sculpture of an alien cockroach that murdered Lady Gaga and is wearing her skin. pic.twitter.com/syzVLqaQZE

The wig looks like something that is sold in the discount section of a Halloween store. And the face does not look like a human’s face. Yes, wax figures tend to be creepy in general, but this one is especially chilling.

Apparently, the other figures at the wax museum are just as bad.

Okay but look at the other figures at that museum. I cannnnnnnnttttt pic.twitter.com/76IpJqMGWo

At least the wax figure in NYC is nicer.

No shade though. Probably.