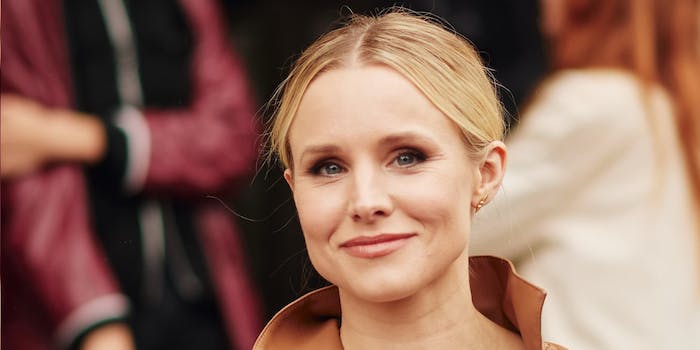 They voiced animated characters in 'Central Park' and 'Big Mouth.'

Jenny Slate and Kristen Bell have both stepped down from voice-acting roles playing Black biracial cartoon characters, saying these roles should go to Black actors instead. This kind of casting choice is an ongoing issue in the animation world, where performers (especially professional voice-actors rather than celebrity stars) are less visible than in live-action media. It’s still fairly commonplace for actors to voice characters of different races, particularly white actors voicing non-white characters.

Jenny Slate has played Missy for three seasons of Netflix‘s Big Mouth; a biracial Black and Jewish girl who appears in the main cast. Slate wrote in an Instagram post that she initially reasoned that “it was permissible for me to play Missy because her mom is Jewish and White—as am I. But Missy is also Black, and Black characters on an animated show should be played by Black people.”

Kristen Bell voiced the lead character Molly in the new Apple TV+ series Central Park, a biracial girl whose parents are voiced by Kathryn Hahn and Leslie Odom Jr., and whose brother is voiced by Titus Burgess.

Molly will be recast for season 2, announced in a statement from the show’s creative team, who described this as an opportunity “to cast a Black or mixed race actress and give Molly a voice that resonates with all of the nuance and experiences of the character as we’ve drawn her.” Bell shared the statement in a tweet where she acknowledged her choice to take the role as an “act of complicity” and white privelege.

These statements suggest a turning point for how Hollywood views voice-acting roles, although many people will be surprised to hear that Bell and Slate took these parts in the first place. Big Mouth was already under fire for casting Jenny Slate back in 2017, and Central Park‘s showrunner faced similar criticism for casting Kristen Bell this year.