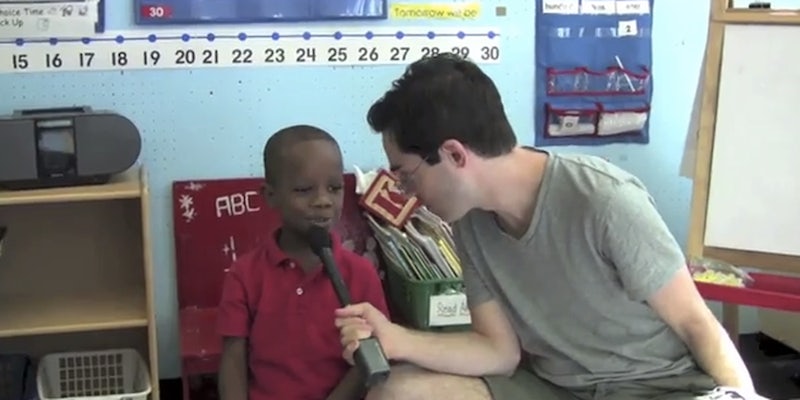 ‘Tweet your butt’ and other helpful social media tips from kids

YouTube comedian Mark Malkoff asked a bunch of precious little kids about social media, and they had some hilarious tidbits to say.

YouTube comedian Mark Malkoff asked a bunch of precious little kids about social media, and they had some hilarious tidbits to say—namely that it’s “creepy” when their parents put their pictures on Facebook.

“Tweet your butt,” she responds, as if there could be another answer.

Another kid would rather just talk about Star Wars. (Who wouldn’t?) “Do you tweet?” Malkoff responds. “My mom says I toot.” The same kid later says his mommy is a blogger, but confuses that word for “the green things in your nose.” As if there’s a difference!

Suffice it to say, kids think it’s weird when you post about them online. You heard it from the horses’ mouths, mommy bloggers.