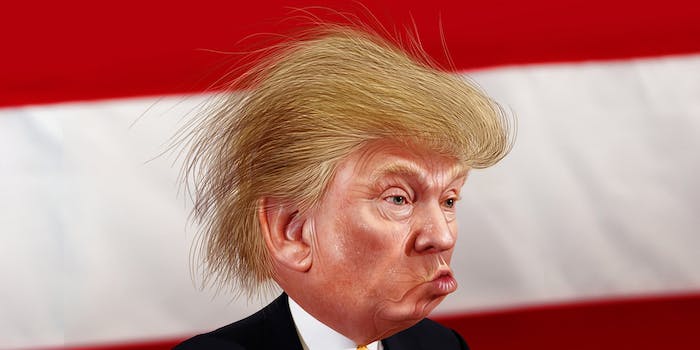 Donald Trump, like all politicians, has a knack for avoiding questions he doesn’t like. But his particular style of evasion is unique: He somehow manages to not only dodge the issue at hand but tell you how great his non-answer is in the process.

It’s a dizzying maneuver, executed perfectly by this student, who realized they could use The Donald’s signature style to deflect a quiz question about the capital of Canada.

Turns out they were right. Reddit user Blahson gave his student full credit. “This is why I teach,” he wrote in his post.

In case you’re having trouble with the handwriting, here’s the crafty kid’s trumped-up answer to “What is the capital of Canada?”

Suppose it’s worth at least one point for novelty value. Although the kid could have also guessed Quebec or Montreal, like a normal American.