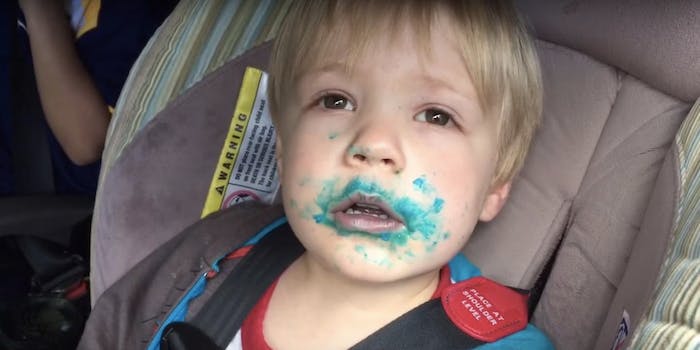 Kid with frosting all over his face denies eating cupcake

Nothing gets past this dad.

Sometimes a crime is so obvious that the perpetrator is caught red-handed. Other times, the hooligan is discovered thanks to a mouth smothered in blue frosting.

In this YouTube video, Dave T. Koenig asks his son Jack if he had a cupcake. The pastries in question were given out in honor of the New York Giant and had signature blue frosting, which looks to be all over Jack’s face. But the youngster denies and denies having devoured a cupcake.

You know what they say—if the frosting fits.