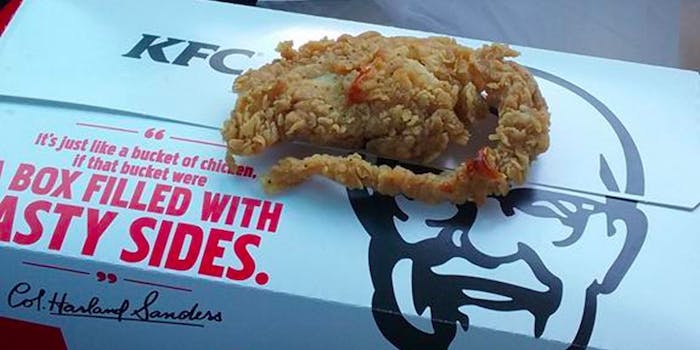 Looking for the truth.

The standard box meals at Kentucky Fried Chicken include a select number of chicken pieces, your pick of sides (perhaps some mac-n-cheese or a biscuit), and most definitely not a deep-fried rat. This is KFC, after all, not KFR.

But one man is claiming that he was served up a tasty little rodent after ordering a meal from a California KFC location. Mirror reports that Devorise Dixon spotted a tail on on what he first thought was a strangely-shaped chicken breast. Now he believes it’s a rat. 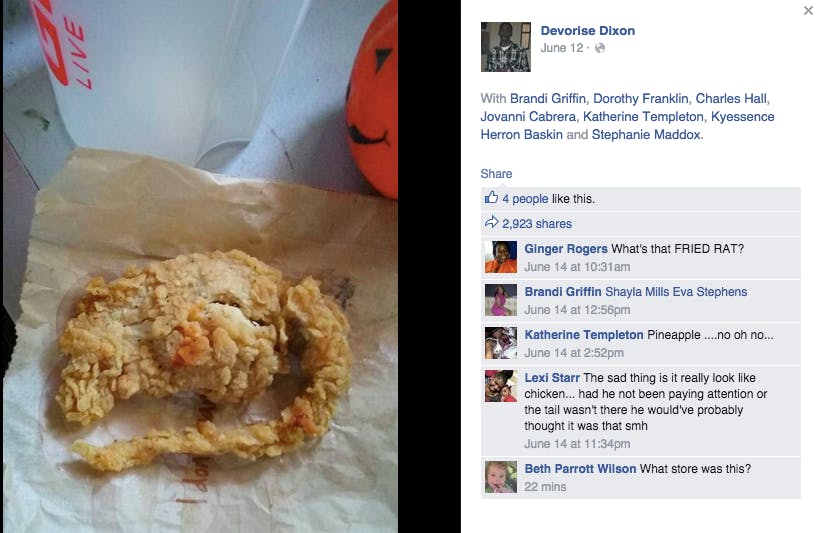 According to Dixon’s Facebook, he has since frozen the morsel of debate. He’s also been friended by thousands of people who have posted on his timeline that they’ve shared his cooked rodent story to their networks.

While the shape of the piece of meat definitely resembles the figure of a rat, there’s a couple of things that seem a little off.

Exhibit A) There’s this comment posted by a man named James Carter, who then tagged Dixon in. 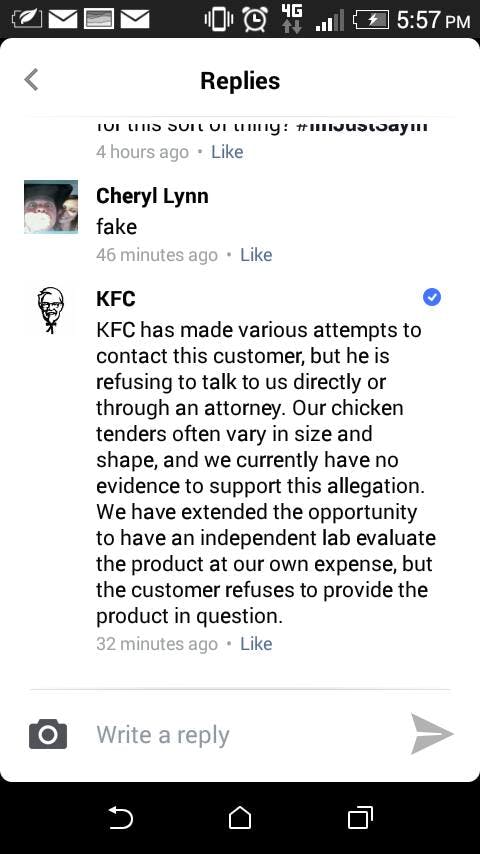 What does Dixon have to lose if he works with KFC to find out what the piece of meat is? HIS LIE, OF COURSE. Which brings my investigation to…

Exhibit B) Where is the rat hair? Rats might not be the furriest of the rodent family (we’re looking at you, Mr. Capybara), but it definitely has some body scruff. If the rat was fried, we’d be able to see some of that gray hair. But all we can see in those photos is some pure white meat. 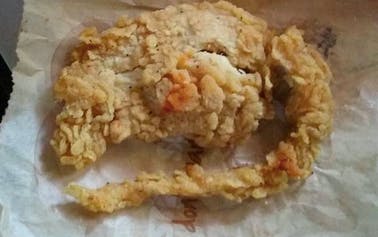 Now, it is possible that a KFC employee skinned the rat, then breaded it. But that seems highly unlikely. No kitchen cook at the fast food chain is that interested in serving up the rummager of trash (we hope).

Furthermore, this critter’s head would presumably still be there, but there’s no visible cranium. We’re smelling a rat, but it’s not what Dixon was served.

As for what appears to be the tail? I’m guessing what happened is that part of the chicken skin or a nerve came off, becoming long and stretchy. It then got breaded and fried, becoming a faux tail. I’m almost positive that if we bit into that extremity and it’d just be all crunch.

Anyway, that’s it for this chicken myth buster. Until the next chicken mystery, I’m out.

Update 9:44am CT, June 23: It was indeed chicken. A third-party independent lab tested Dixon’s viral specimen and confirmed it was most definitely hand-breaded poultry.

“The right thing for this customer to do is to apologize and cease making false claims about the KFC brand,” KFC said.