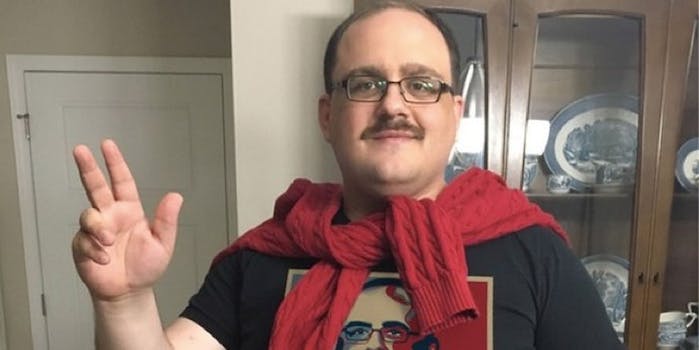 This 27-second video is the best Ken Bone joke

Ken Bone has a dream.

Be-sweatered debate question-asker Ken Bone is the butt of a lot of jokes and novelty Halloween costumes this week, but perhaps none is better than this:

Bone’s question about energy has been replaced with an only slightly less silly one about dreams, taken from this video:

This kid’s dream was an outtake from the 1999 TV special Goodnight Moon and Other Sleepytime Stories, which went crazy viral when it hit YouTube in 2011. Five years later, it has 18 million views.

Ken Bone also has a dream: the American Dream. The dream of becoming briefly microfamous, and exploiting that fame to land short-term endorsement deals and sell limited-edition T-shirts with your face on them. Could an Instagram tea-tox deal be far behind?

It’s hard to blame him, though. People are going to use his face no matter what he does, and the quickest way to kill a meme is to profit from it.