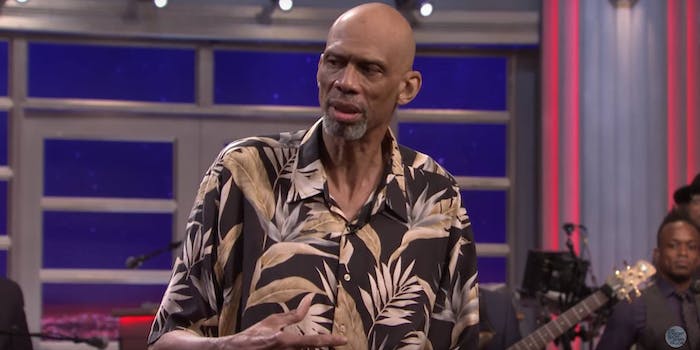 Can someone please show Kareem Abdul-Jabbar how to use Twitter?

Activist, actor, author, athlete, and alliteration com to life Kareem Abdul-Jabbar is great at nearly everything he tries his hand at. The NBA legend may have found his kryptonite when it comes to social media, though.

On Friday morning, Abdul-Jabbar issued a series of tweets very clearly meant to slide into the DM inbox of @TwitterSports—not the timelines of nearly 2 million Twitter followers clamoring for the superstar’s attention. 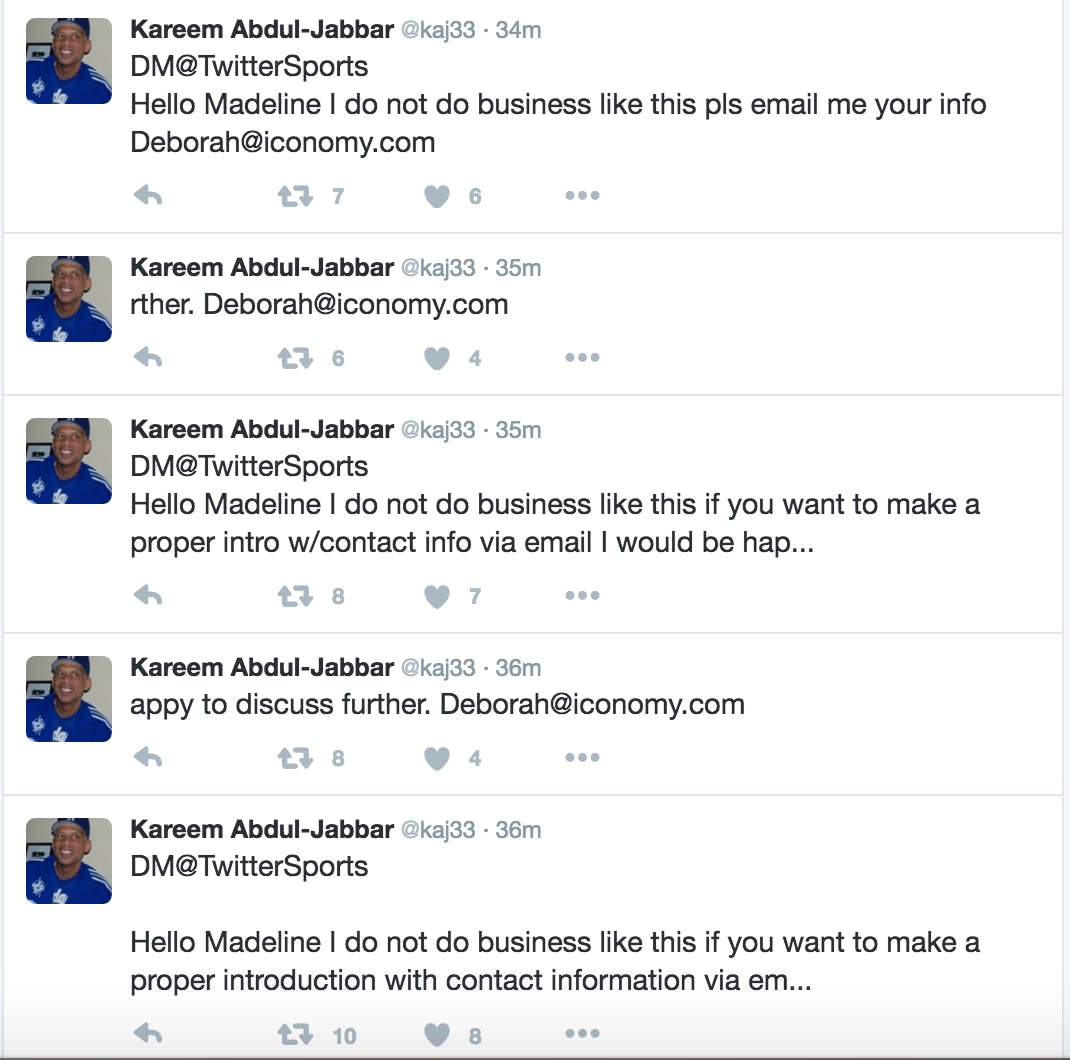 Fans thought Abdul-Jabbar had been hacked. Many wondered who Deborah was and why Madeline needed her contact information. A scant few were embarrassed for Madeline, who appears to have offended Abdul-Jabbar’s business sensibilities.

And yet, a quick search of the Iconomy website confirms that the company represents luminaries like Abdul-Jabbar. Deborah Morales is Iconomy’s CEO and founder. Hilariously enough, this is her most recent tweet, from December 2015:

Anyone needing further proof of just how real Cap’s big blunder was need only return to his Twitter page. The tweets disappeared within a few hours of being posted. The silver lining of Abdul-Jabbar’s issues in direct messaging? He’s beaten every other 69-year-old on Twitter in the game of hapless tweeting. Nice.