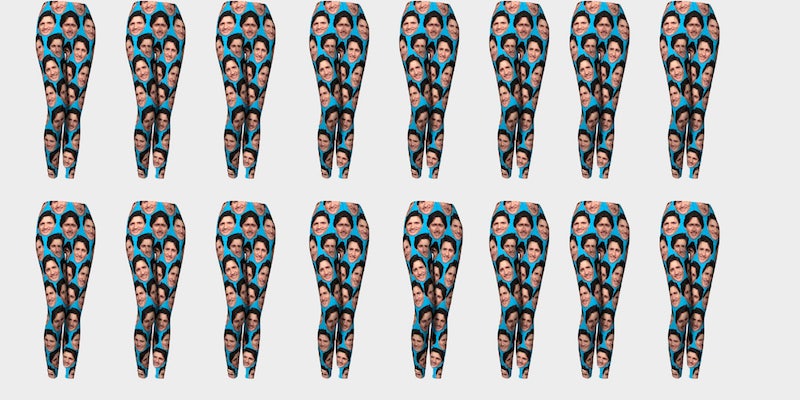 Let these Justin Trudeau leggings keep you warm this winter

The leader of our neighbor to the north. But, like, down there.

It’s long been a trend to wear clothes that honor your country’s leader. Thailand’s dad line of apparel is a direct homage to the late King Bhumibol Adulyadej. Oh, and Donald Trump swim trunks are a thing.

Also a thing? These stylish Justin Trudeau leggings that dazzled the Ottawa Citizen enough for them to hunt a pair down on Etsy.

Getting the leader of our neighbors to the north down there costs a mere $53.56 at JUST3J’s Etsy shop.