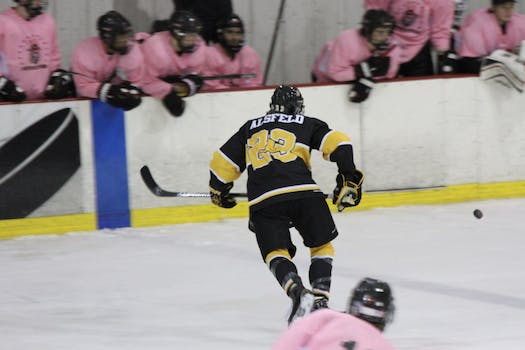 The sports video of the year so far.

We can forget about all of that, because junior hockey player Mitchell Skiba, defenseman for the Alpena Flyers of the Midwest Junior Hockey League, almost decapitated himself with his own stick.

While it won’t particularly soothe grieving Cowboys fans, it does distract with the nutritious sting of a Hershey’s square.

H/T Next Impulse Sports | Photo via Beau Marla/Flickr (CC BY 2.0)