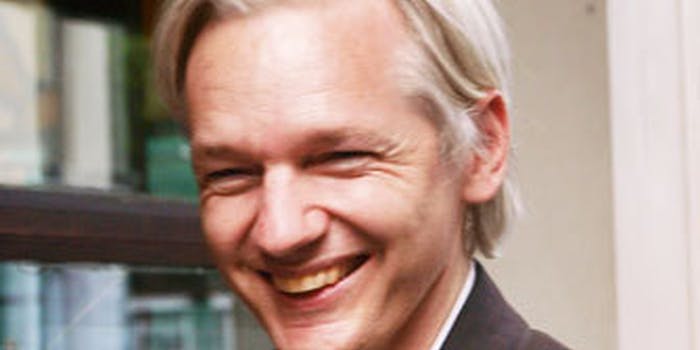 A lawyer for one of Assange's accusers has also been fired.

Marianne Ny, you see, has just resigned from the case. That’s what the Sydney Morning Herald reported this morning (last night for North Americans), in a claim that was refuted a few hours later by the Prosecution Authority, as reported in The Local’s Twitter feed.

“I don’t think there is reason to suspect that he has committed rape,” said Finné in a statement to the press. After Finné’s investigation and decision that the case was not worth taking to court, it was Ny who brought it back to life, both in the courthouse and in the media, and pushed for the Interpol Red Notice, a sort of “Europe’s Most Wanted” status that led Assange to seek sanctuary in the Ecuadorean Embassy in London, lest he be extradited to Sweden or the United States. Earlier this week, journalist Alexa O’Brien received confirmation that the Department of Justice’s investigation into WikiLeaks is ongoing.

In other big news, Claes Borgström, lawyer for one of Assange’s accusers, has been summarily fired. According to documents obtained by the Sydney Morning Herald, the accuser known as Woman A fired the high-profile Borgström because she thought he spent more time talking to the media than working on her case.

Borgström has already been replaced by Elisabeth Massi Fritz as lawyer for Woman A. Ny’s replacement is Ingrid Isgren, a less senior prosecutor, and no official reason has been given for her apparently abrupt departure. It’s unclear at this time who represents the second accuser, known as Woman W.

If the cases ever do go to trial, Assange will have been in custody or in sanctuary long enough to have gotten a law degree for himself: This is his 844th day behind curtains (rather than bars) as the Swedish case continues to drag on.