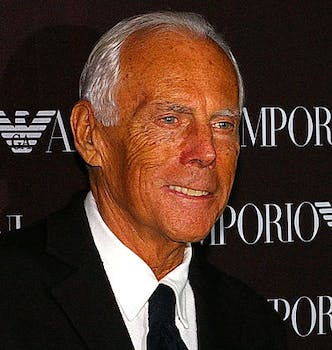 Policeman fired for Facebooking a woman as “Giorgio Armani”

A policeman in Florida was fired Wednesday for creating a fake Facebook page and assuming the identity of the fashion designer so he could meet a woman on the Internet.

A policeman in Florida was fired Wednesday for creating a fake Facebook page and assuming the identity of another individual so he could meet a woman on the Internet.

Armani, for anybody who shops at Old Navy, is the creator of a fashion line that operates under the guise of both his name and image. He is bold, tan, and regularly ahead of the curve. Wikipedia notes that he is “known today for his clean, tailored lines” and once designed an internationally famous bull-riding costume.

Speaking on the firing, Marion county sheriff Ed Dean said that, although Velez’s actions occurred on his own time, they discredited the agency and the profession and could not go unpunished.

To which we say that this was not a very stylish exit.