Despite what the Internet may tell you, John Green, the bestselling author of The Fault In Our Stars, is not the Zodiac Killer.

Of course, depending on when you refresh the Wikipedia page for the Zodiac Killer—a serial murderer who left coded messages for the police during the 1960s and was never identified—it may tell you that he and young-adult author John Green are one and the same. 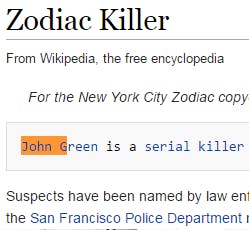 The confusion is understandable. After all, they look so similar. 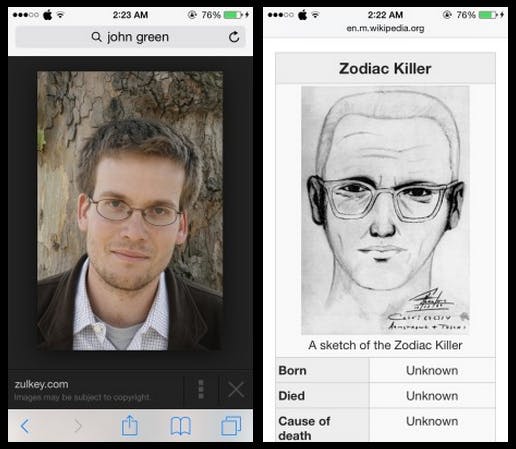 As with anything related to John Green, the Zodiac Killer mix-up had Tumblr laughing—and asking hard questions. 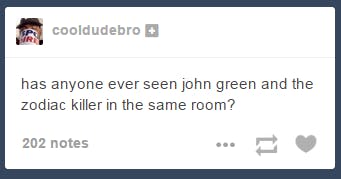 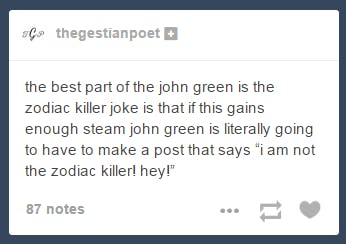 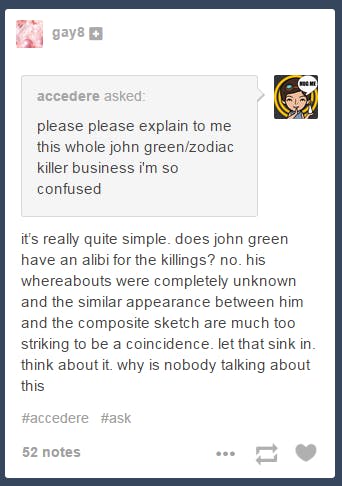 For the record, John Green was born in 1977, several years after the Zodiac killings took place. Unfortunately, a few Tumblr users who aren’t in on the joke have been genuinely confused by the story. 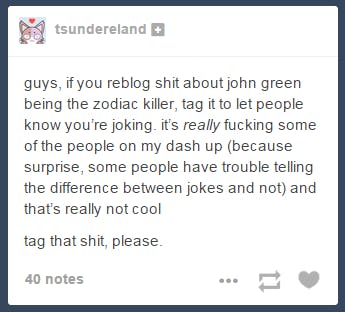 Sorry, guys. This meme isn’t dying anytime soon—unlike what you’d think happened to John Green, who according to another meme earlier this year choked to death on a chicken nugget. 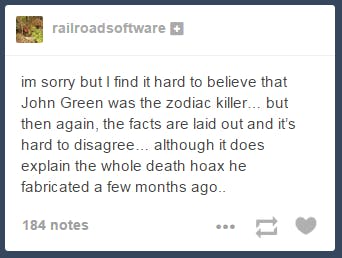 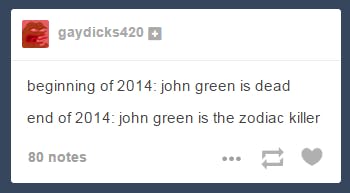 Has @johngreen addressed the rumours that he is the zodiac killer yet?

So far, John Green has yet to publicly deny that he is the Zodiac Killer.