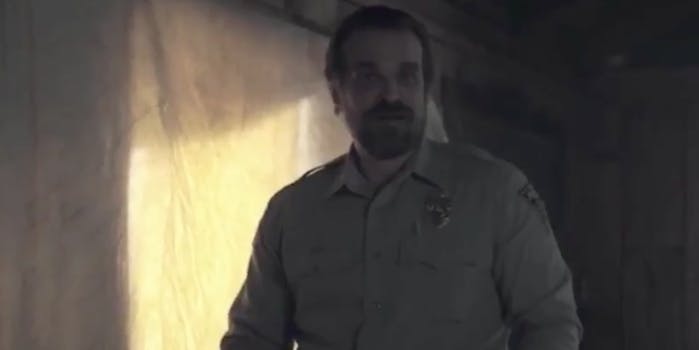 Jim Hopper can do no wrong.

If you binge-watched all of Stranger Things 2 over the weekend, you probably remember Jim Hopper (David Harbour) putting on a record (Jim Croce) and dancing to it for Eleven. It’s hard to forget dance moves like these:

Following in the footsteps of the Dancing Armie Hammer meme, a Twitter account was created that imagines Hopper dancing to a variety of popular songs.

Here he is dancing to “Come on Eileen.”

And here’s Hopper dancing to two songs that actually played on the show:

Whoever created this account has won, not only the internet, but, yes, my stone cold heart. Thank you @hopperdancingto ❤️ https://t.co/RCf8dRZfOC

He won over our hearts, too.