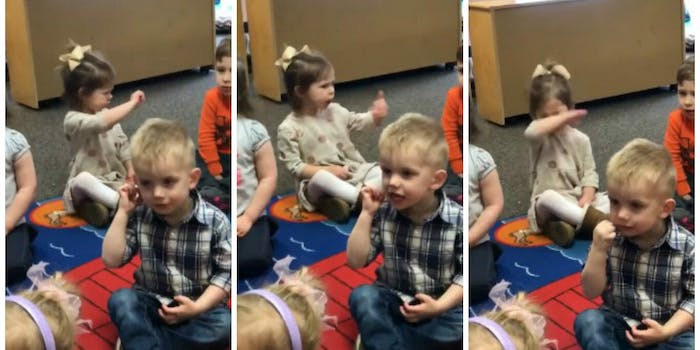 Screengrab via The Everything Channel/YouTube

Dabbing is still appropriate in some settings.

As anybody who’s ever been caught up in the essence of a spiritual song knows, sometimes when that spirit moves you, you have to let it take you wherever it may.

In the case of the little girl in the video below, dabbing is apparently where the spirit took her. So, while the rest of her classmates, in what appears to be a preschool-type atmosphere, sing, “Jesus Loves Me,” the girl gives her own interpretation to the song.

The video was originally uploaded in March, but it’s gone viral recently. And it’s easy to see why, because this girl has some fierce dance moves.

As the little girl proves, it’s always completely appropriate to rock out—no matter what type of music is playing.