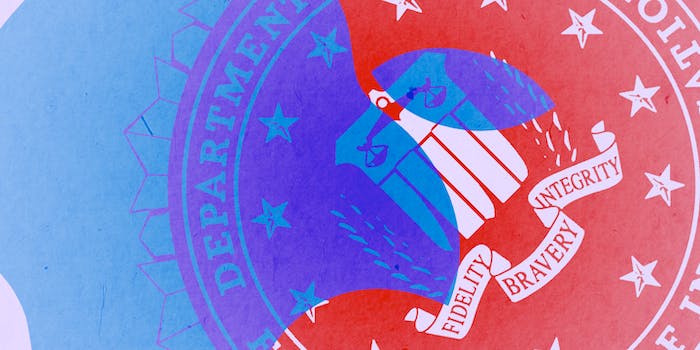 Can the 13th Amendment protect Apple in its fight against the FBI?

In a friend of the court brief in the Apple vs. FBI dispute, Lavabit, the encrypted email provider used by Edward Snowden that shut down rather than comply with a similar order back in 2013, argues that the FBI’s demands on Apple would infringe the company’s rights under the 13th Amendment—the amendment that outlawed slavery.

In their brief, filed last Friday, Lavabit argues that “the Government’s position violates Apple’s Constitutional right to be free from involuntary servitude.”

In Lavabit’s case, the FBI sought to force Lavabit to turn over their TLS/SSL private encryption key, so that the government could impersonate Lavabit on the Internet (a “man-in-the-middle attack”), and read Snowden’s email.

Ladar Levison, Lavabit’s owner, complied with the court order, but not before shutting down his email service to protect the privacy of his more than 400,000 users.

Lavabit’s lawyer, Jesse Binnall, emphasized that they were not equating Apple’s dispute with the FBI to the ‘absolutely horrific institution of slavery.’

At the time, security guru Bruce Schneier declared that Lavabit had been “commandeered” by the U.S. government.

Schneier agrees that the actions of the FBI in the Lavabit case—and now in the Apple case—amount to a common-sense definition of involuntary servitude.

“Apple is somewhat different, in that the FBI is offering to pay for the hacking tool,” Schneier told me in an email on Monday. “But they are trying to compel Apple to do their research, development, design, and implementation.”

Lavabit’s lawyer, Jesse Binnall, emphasized that they were not equating Apple’s dispute with the FBI to the “absolutely horrific institution of slavery.”

“The [13th Amendment] did more than just set people free,” he told me. “It set down an important legal principle that we are not going to let people force other individuals to work against their will, except in very rare circumstances.”

Common law exceptions to the 13th Amendment, he said, include the conscription of soldiers in the draft, jury duty, prison labor, all “essential government powers.”

But “requiring Apple to engineer a new product to infiltrate the iPhone of a deceased criminal is not recognized as an essential government power,” and therefore amounts to involuntary servitude, his brief argues.

Calling FBI’s request to Apple a form of involuntary servitude may seem, at first glance, surprising. But as Levison told me, “I think the surprise stems from the fact that in this day and age people accept that the government can tell us what to do, when in reality that should not be the case.”

Binnall says he hopes the court will judge his brief on its merits. “This court, like most courts, will take all good legal arguments seriously and consider them.”

The Apple case, as we know (or should know) by now, has nothing to do with terrorism and everything to do with who controls the Internet. Allowing the FBI to break into any iPhone on the planet is a form of martial law uncontemplated by the Framers of the Constitution. The Snowden docs have revealed the government’s desire to own the Internet, and every email, text, and dick pic that passes over it. Now, with the advent of ubiquitous encryption, passive surveillance scales less and less well, and in order to maintain that former level of extreme control, the FBI seeks to make targeted attacks possible at scale.

Some have speculated that Apple’s dispute with the FBI is a proxy for a secret lawsuit Apple isn’t allowed to talk about. There is every reason to think that is, in fact, the case. Essential to the American myth is that we live in a “free country.” Were the government’s efforts at totalitarian control ever revealed in full, that myth would wither and die, leaving Americans staring into the abyss of the realization that our country stands on no better moral footing than Russia or China.

Nor is it clear that victory in this case, as seems within reach, would deter the FBI from continuing to bludgeon Silicon Valley companies in secret. Binnall noted that there is a large body of case law in the Foreign Intelligence Surveillance Court (FISC), but that we have no idea what it says because it’s classified. Worse, he pointed out, it remains unclear how case law in federal court would apply in the FISC, and vice versa. And nothing, he said, has ever been appealed out of the FISC to either a federal court or to the Supreme Court.

“To my knowledge this is only the second instance of such a request becoming public, with Lavabit being the first,” Levison said. “That’s not to say these are the first two, these are the two that we know about, and have been litigated to a certain extent in public.”

Levison said he applauded the California judge in this case for unsealing this particular order, and allowing a public debate to take place.

“We trust the Department of Justice will respect the outcome of these proceedings and not seek this particular extraordinary authority in a secret court,” Levison said.

Do you have any reason to think they would do so?