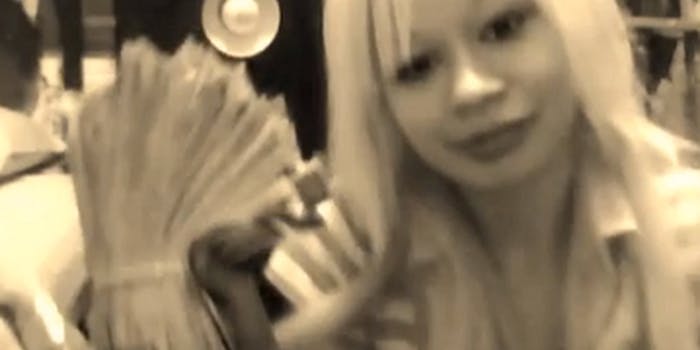 Word out of New York law firm Proskauer Rose LLP has it that the IRS plans to check individual Facebook and Twitter posts over the next few weeks to see if anybody's lying about their taxes.

Keep your virtual lips sealed this tax season, framers and evaders. Word out of New York law firm Proskauer Rose LLP has it that the IRS plans to check individual Facebook and Twitter posts over the next few weeks to see if anybody’s lying about their taxes.

In reality, it’s not actually “anybody.” Proskauer Rose privacy and data security specialist Kristen Mathews stressed that the IRS will only go poking through your Facebook and Twitter feeds should it find a red flag on your tax statements, but that may happen more often than one would like to believe.

After all, people on the Internet are idiots. They threaten to kill old classmates. They publicize the fact that they stole briefcases full of diamonds. They steal from police cruisers than call out the cops who played victim.

I can personally point to three friends who went onto Facebook last year to tell their friends that it was “time to lie to the government about how much money they made.” This year, that won’t go over so well.

The probing can extend beyond the blatant pronouncement of cheating as well. Say you go on vacation to Aruba with your family and plan to write it off as a business expense. “Had some meetings down there,” you tell your H&R Block representative when you roll through to file your taxes.

Guess what? Nobody does on-the-book business in Aruba. Now your IRS agent’s poking though your wife’s pictures of your kids drinking virgin daiquiris on the beach and you’re getting audited. Bummer!

Still no word on how the Internal Revenue Service plans to syphon through your Facebook feed, but the agency’s top tech guy Dean Silverman told US News & World Report, “Private industry would be envious if they knew what our models are.” That’s said, it’s widely acknowledged as legal. According to this CNET report, the IRS can sift through your email without obtaining any type of search warrant.