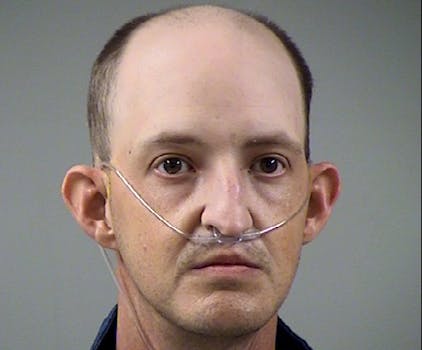 Jason Moss, 38, posted a warning that he was "still seeking vengeance on all those who bullied and harassed" him.

It’s a good thing Facebook wasn’t around 20 years ago. San Antonio police have arrested a man who wrote that he “would have started the Columbine shootings early” on his high school reunion’s Facebook page.

Jason Moss, 38, was arrested Friday after posting a rant where he threatened violence against his former classmates for picking on him in high school. “I wanted to kill everyone that hurt me,” he wrote, according to police affidavit. He reportedly added:

“I’m still seeking vengeance on all those who bullied and harassed me when I was growing up or went to school. You people do not know what you did to me.”

Moss was let out early Saturday on bond.

Local news reported the reunion went ahead as planned, with 150 alumni attending. While Moss had signed up to attend, he never showed.