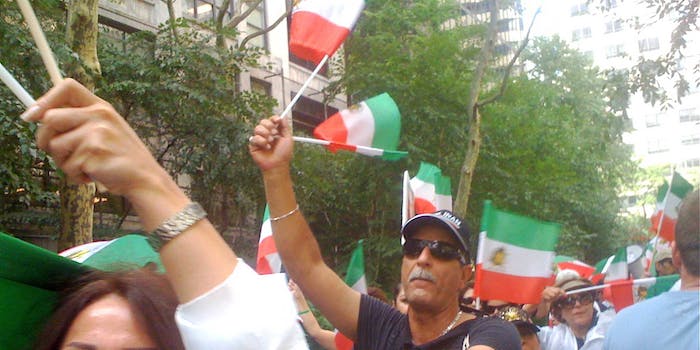 "The timing and targeting of the campaigns suggest that the attacks are politically motivated," Google said.

As Iranians go to the polls Friday, they’re supposed to fairly elect a successor to President Mahmoud Ahmadinejad, who was reelected in 2009 in a bitterly disputed contest that ended with several of his political opponents imprisoned.

There are already signs that the race to replace Ahmadinejad might be just as controversial and fraught with indications of fraud.

Google reported on its security blog Wednesday that it’s found evidence of a sharp increase of phishing scams targeting Iranian Gmail users. Those scams originate within Iran, Google said, and its scale suggests they’re state-sponsored. They started a few weeks ago, the post said, noting “the timing and targeting of the campaigns suggest that the attacks are politically motivated in connection with the Iranian presidential election on Friday.”

That comes on the heels of accusations by the National Council of Resistance of Iran, the self-proclaimed “government in exile,” that the Iranian government has directly threatened its citizens online. In late May, the NCRI claimed Iran’s Ministry of Intelligence and Security had been messaging users who liked an opposition party on social media, threatening them with criminal sentences.

It’s unclear what Iran’s government, if it is indeed the source of the Gmail phishing scheme, would aim to do with its citizens accounts. It is noteworthy, however, that in 2009, Iranians disputing the election results erupted into riots. A number of Iranians were killed protesting, and thousands were injured.