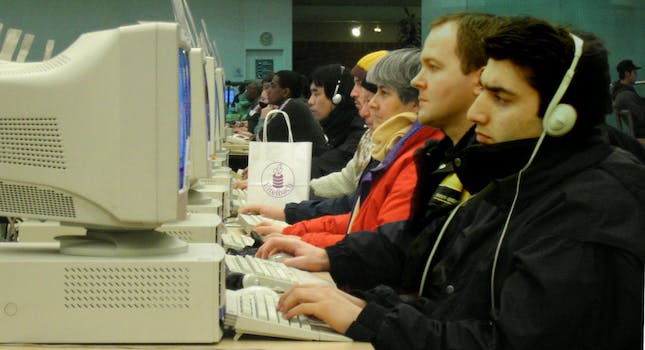 Everybody hates the Internet. I know this because they write blog posts about it. They hate all those slideshows. Hashtags. The silly insta-memes and the first person essays with “I” in the title. Don’t get some people started on selfies. Please don’t get those people started on selfies. It is a modern truth that true narcissists cannot resist accusing other narcissists of narcissism.

If there’s one thing Facebook is good for, it’s complaining about Facebook. Remember back in the good ol’ days before social media when lonely people would just scream into their pillow and stay forgotten?

Long ago there was a dream that all people would have a voice, and now they do. The dream is alive and obnoxious, but it was a fine dream in the first place.

The Internet is blamed for the decline of Western Civilization by paper scribblers. Old school snobs sneer at low-brow aggregators, and content platform pontificators tsk-tsk at traffic-driving dirty deeds. They shake their fists and scream to the heavens, “Clickbait!”

America was founded on clickbait. Life, liberty, and the pursuit of happiness is clickbait. We’ve got snake oil in our veins. Grousing about clickbait is like buying a lottery ticket and acting shocked that you lost. Clickbait works because after the commercial, a celebrity will say something outrageous.

I started in media in the late ’90s as a receptionist at a small tech magazine publisher. I clawed my way up to a fact-checker, which is what you get when you cross Google with a person who cares about facts. When I left to start-up a website in 1999, an older writer told me I was killing my career. He hated the Internet.

He is in good company today, wherever he happens to be.

Everybody hates the Internet.

Well, these people can fuck right off because I launched a website, and I’m feeling pretty okay about it. They call it a “launch,” but it’s more like a pratfall. A Frankenstein stumble. It’s alive!

I do not hate the Internet. Go ahead and stay on my lawn.

The Web is a mess of loud emotions and useless information and voices who have never been heard before. I’m lucky to have spent almost 15 years writing very personal essays, building ridiculous listicles, and tricking millions of people into being entertained for a nanosecond.

When I write that “I launched” a website, what I mean is that I launched a website with a dozen amazing creative professionals, a fine group of people. Without them there would be no website, but there’s an “I” in the title of this essay for a reason.

This site is not BuzzFeed, Funny or Die, or Gawker. Those are all pioneering websites and I am a fan of each. I have worked for websites with cultural juice. I have worked for websites that were basically digital ghost ships. I have written for men’s and women’s sites, food sites, movie, travel, and comedy sites. They’re called verticals, but I call them fun buckets because I can be passive-aggressive. I’ve been paid well, poorly, barely, and not at all.

My website is new, and I am very proud of it. There are some bugs, but we’re hustling to fix them. Hopefully, the site will grow and evolve, the way an alien evolves from a facehugger to a chestburster or a xenomorph with a retractable fang mouth.

My colleagues are working hard. They are fearless. We will succeed.

But you never know. I’ve been laid off three times in my career. Success is just what happens between failures. Remember: If shit gets hard then persevere, motherfucker.

It’s too bad if you hate the Internet. I mean, it’s not like there’s plenty to hate. As the great philosopher Pollyanna said, “When you look for the bad in mankind expecting to find it, you surely will.” I love The Wire, even though TV made a reality show about child abuse called Here Comes Honey Boo Boo.

The Internet is the counterculture. It is scary and wonderful: the GIFs, the web series, and the constant jokes. It’s an impossible catalog of human WTF. A confederacy of carnival barkers inviting you to peek inside endless exotic tents. YouTube is the singularity as a zygote. Internet comments are just professional wrestling—fake names, trash talk, and the thrill of violence without the consequences. Faces & Heels. The greatest show in the history of the Earth.

As the great philosopher Pollyanna said, “When you look for the bad in mankind expecting to find it, you surely will.”

Yes, I know harassment exists. The casual cruelty of the world is amplified online. Never be afraid to be you. This is the good fight. There are more people who love you than who heckle. I am one of them.

Even the assholes have a voice. But they must. It is better to hear evil’s hateful blather than to let it plot in silence.

Social media is the closest we will come to being telepaths in a hive. We are Borg, or we will be. Only sexier.

Remember that dress brouhaha? Is it black? Is it blue? You don’t remember? That’s OK. It was fun.

Every like, retweet, share, and pageview is evidence of human emotion. A tiny little flicker of human desire or despair or delight. When you “like” something, a neuron fires.

The Internet blinks with emotion like a giant, impossible Christmas tree.

Let me tell you how to launch a website: You have a vision of a website full of cool stuff you hope people will like. You hire a small staff of people who are very good at what they do. You spend six months designing, coding, and creating content that is funny and weird. A week or so before you go down the giant list of things. You will spend the next week crossing things off this list, adding things, and crossing those things off. You will spiritually merge with a spreadsheet. You talk to developers a lot. Developers are like cinematographers. They use science to help make art. You click things to see if they work. You lose sleep. You stop shaving. You come in on weekends and either hunch over your computer keyboard or stare blankly at walls. You emotionally eat chicken sandwiches at Wendy’s.

You run home for a few hours sleep and a shower. When you come back to work, you’re nervous and sleep-deprived. A developer presses a button or clicks something or pulls a giant lever and, boom, you’re live.

Then you get word that your very first user is from Portugal. “Wow,” you’ll think. “Portugal.”

Is it a he? A she? Are they watching from their phone?

You’re live. Connected. Open for business. There is no flood of traffic. There will be more. Hopefully in a few weeks, you’ll get your very first “u suck” in the comments. If you can work the kinks out of the comments.

With a lot of help I launched a website this week. So far so good.

But I know everybody’s dirty little secret. I know your secret.