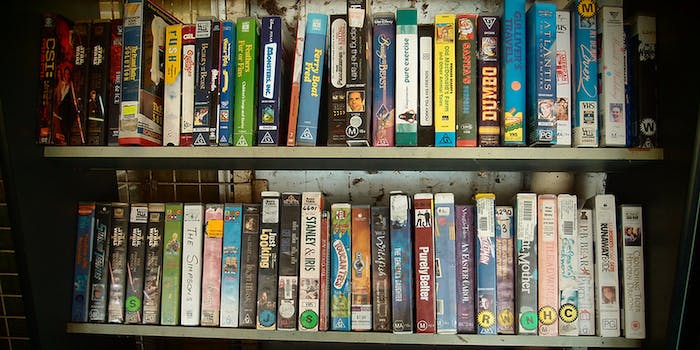 This Instagram feed of old VHS clips is required viewing

It does make me wonder about all the seemingly insignificant things we’re forgetting to notice about our current generational formats. Will we someday look lovingly upon the brief moments of buffering before the occasional Spotify stream? The charming physical nature of our Blu-ray discs? Probably. We are nostalgic creatures. The one thing I know for sure is that this VHS-based Instagram account is awesome.

VHSDude is simple: Some unknown force collecting non-sequitur clips from ancient, worthless tapes and uploading them to the Internet, seven seconds of a time. There are hopelessly out-of-touch anti-drug PSAs:

But by far, my personal favorite posts are the mostly silent clips of logo pre-rolls. You know, like the few seconds it takes for the Disney logo to show up and do its thing before Lion King or whatever.

Occasionally I get worried that we’re creating more content than we can ever hope to preserve. When Google Docs was down a week ago, I imagined a world where suddenly we became unburdened of all the digital material balancing on servers around the world. What would we do? There’s no way we can remember every inessential nuance to modern life! But until that day of reckoning comes, we’ve got people like VHSDude, making sure the worthless garbage of yesterday is the nostalgic worthless garbage of today.

Photo via Violet Auld/Flickr (CC BY 2.0)