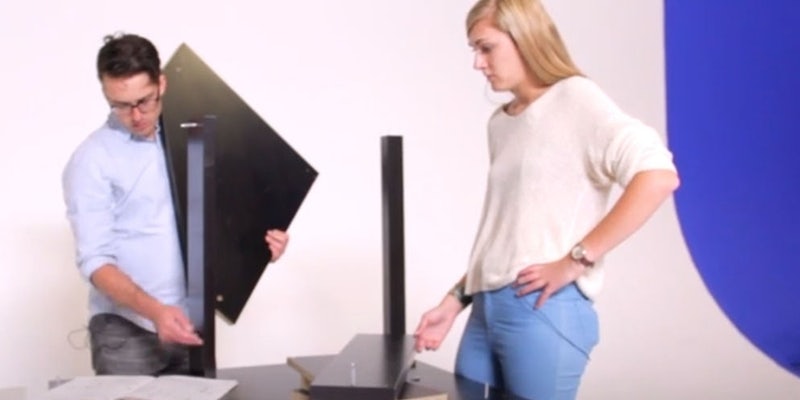 Could your love survive?

It’s easy to see why couples love shopping at IKEA. They wander through a mammoth warehouse and imagine that the colorful, neatly organized bedroom sets on display are their own home, which looks like it was assembled via tornado.

It’s what comes next that everyone dreads: putting the furniture together.

BuzzFeedYellow gathered two couples, one who had been together for 10 years and another who had just met, and had them race to see who could get a “Micke” desk assembled first. Next to fidelity and choice of TV shows, assembling IKEA furniture is a fantastic way to test the strength of a couple who don’t have many friends or much of a social life anymore. It quickly becomes clear that the couple with a 10-year head start are going to prove far more successful.

“You know what would be a good idea?” the woman in the new relationship asked at one point. “Having this face the same direction as in the instructions. Because I’m looking at it and having to flip my mind around.”

With a roll of his eyes, her partner says, “Yeah, do it.”

And this was at the beginning of the project.

I’m not quite sure what to take away from the video. Maybe it is this: Don’t have any furniture until you’ve marked your 10th anniversary.