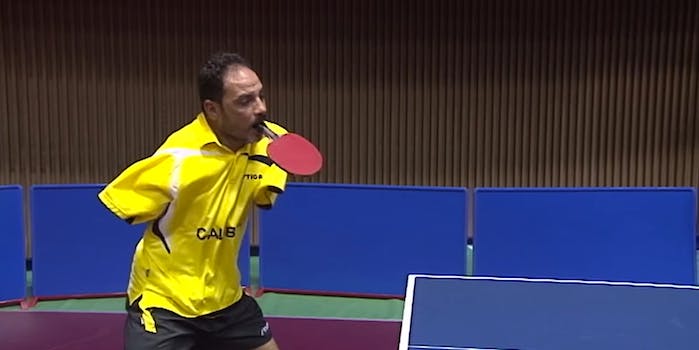 Nothing is impossible for this table tennis player.

When you’re determined to follow your dreams, nothing can get in your way. For Egyptian table tennis player Ibrahim Hamato, that meant learning to play without hands or arms.

Hamato lost his arms in an accident when he was 10, and after trying to play by putting the paddle under his arm, he eventually settled on playing with the paddle in his mouth.

After gaining attention for his unusual technique over the past couple years, Hamato was invited as an honored guest at the ZEN-NOH 2014 World Team Table Tennis Championships in Tokyo, where he also played against some of the best table tennis players in the world.

He easily keep up with them, leaving his opponents impressed. And he’s got a hell of a spin.